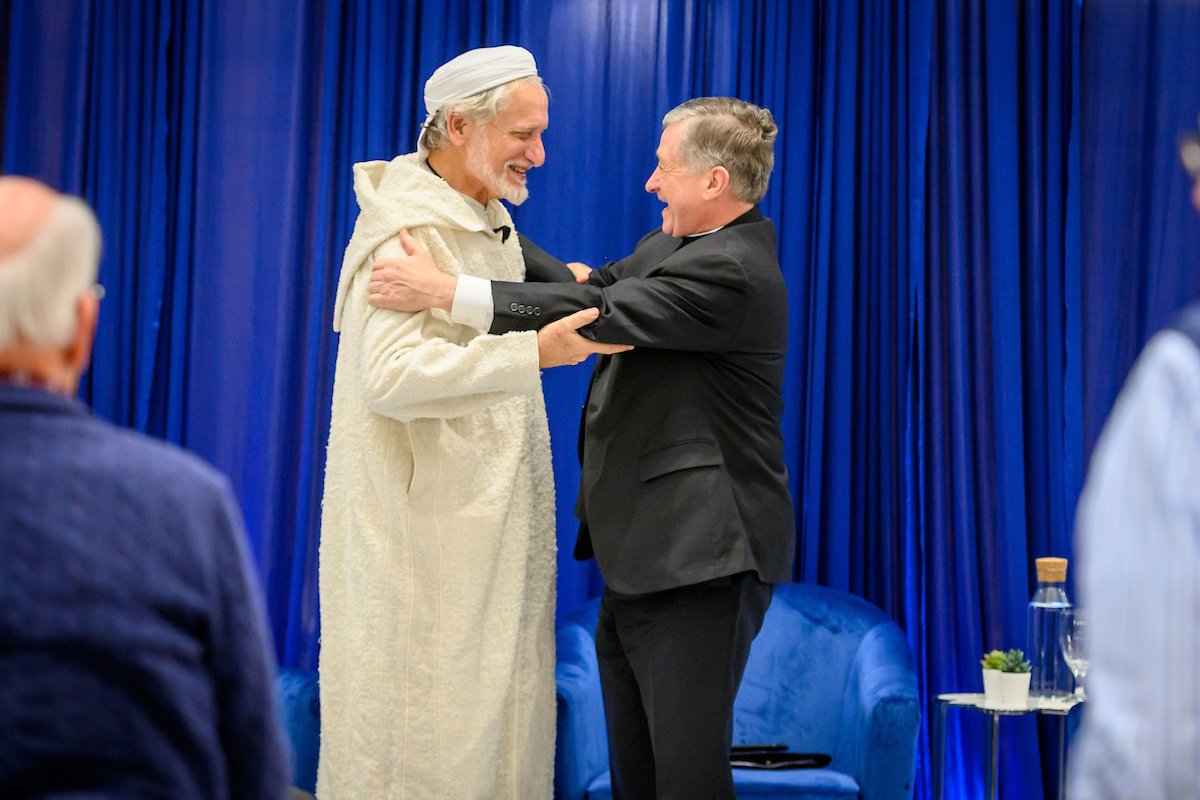 American Islamic College (AIC) President, Daoud S. Casewit was invited to share the floor with Cardinal Blase J. Cupich at the Keough School of Global Affairs of the University of Notre Dame on Wednesday, November 20, 2019. The dialogue took place to commemorate the meeting of Sultan al-Malik al-Kamil of Egypt and Saint Francis of Assisi 800 years ago. The relationship that grew from that encounter has served as an example of interfaith dialogue and a reminder that respect of differences can and should be sought. The event was organized by the Ansari Institute for Global Engagement with Religion. Its Executive Director, Mahan Mirza, moderated the robust discussion.

“Muslim, Catholic traditions ‘must include the desire to get to know the other,’ Cardinal Cupich says” – Chicago Catholic

2019
0
Lecture: The Politics of Fast-Fashion, from Nike to Blue Tin ProductionPrevious Post
Public Lecture: Upholding the Sacred Inviolability of Each Person who is Present in Muslim SpacesNext Post