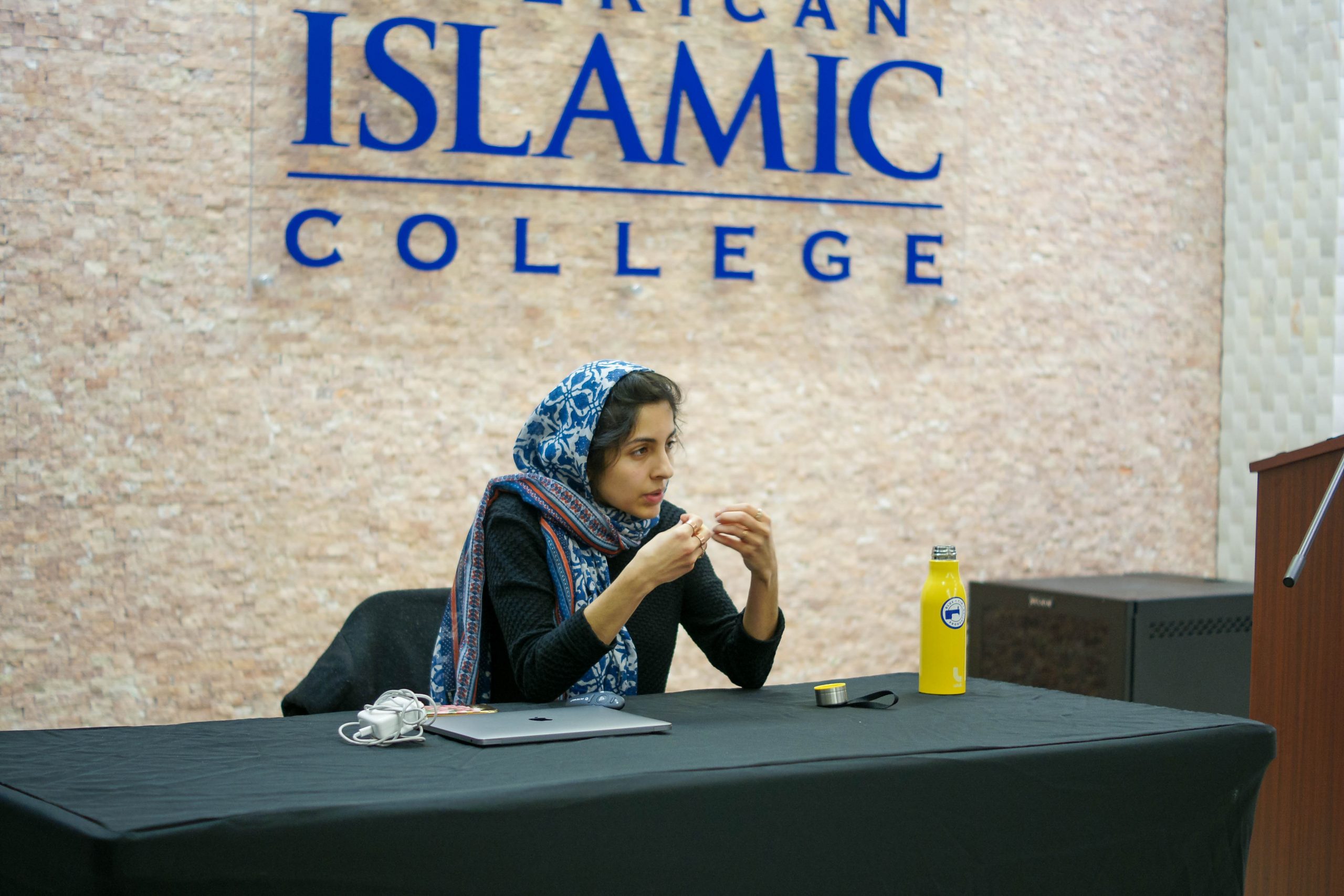 Lecture: The Politics of Fast-Fashion, from Nike to Blue Tin Production

Hoda Katebi is the Chicago-based angry daughter of Iranian immigrants. She is the voice behind JooJoo Azad, the award-winning political fashion platform hailed from BBC to the New York Times to the pages of VOGUE; author of the book Tehran Streetstyle, a celebration and documentation of illegal fashion in Iran; host of #BecauseWeveRead, a radical international book club with over 30 chapters worldwide; and founder of Blue Tin Production, an all-women immigrant and refugee-run clothing manufacturing co-operative in Chicago. Hoda is an abolitionist and community organizer, working with Believers Bail Out to bail Muslims out of pretrial incarceration and immigration detention centers, and was previously part of campaigns to divest from aparthied israel and end local surveillance programs and police militarization. She graduated from the University of Chicago in 2016, and runs on saffron ice cream & colonizer tears.

2019
0
Shine Your True Self and Inspire the Best in OthersPrevious Post
American Islamic College (AIC) President, Daoud S. Casewit was invited to share the floor with Cardinal Blase J. Cupich at the University of Notre DameNext Post