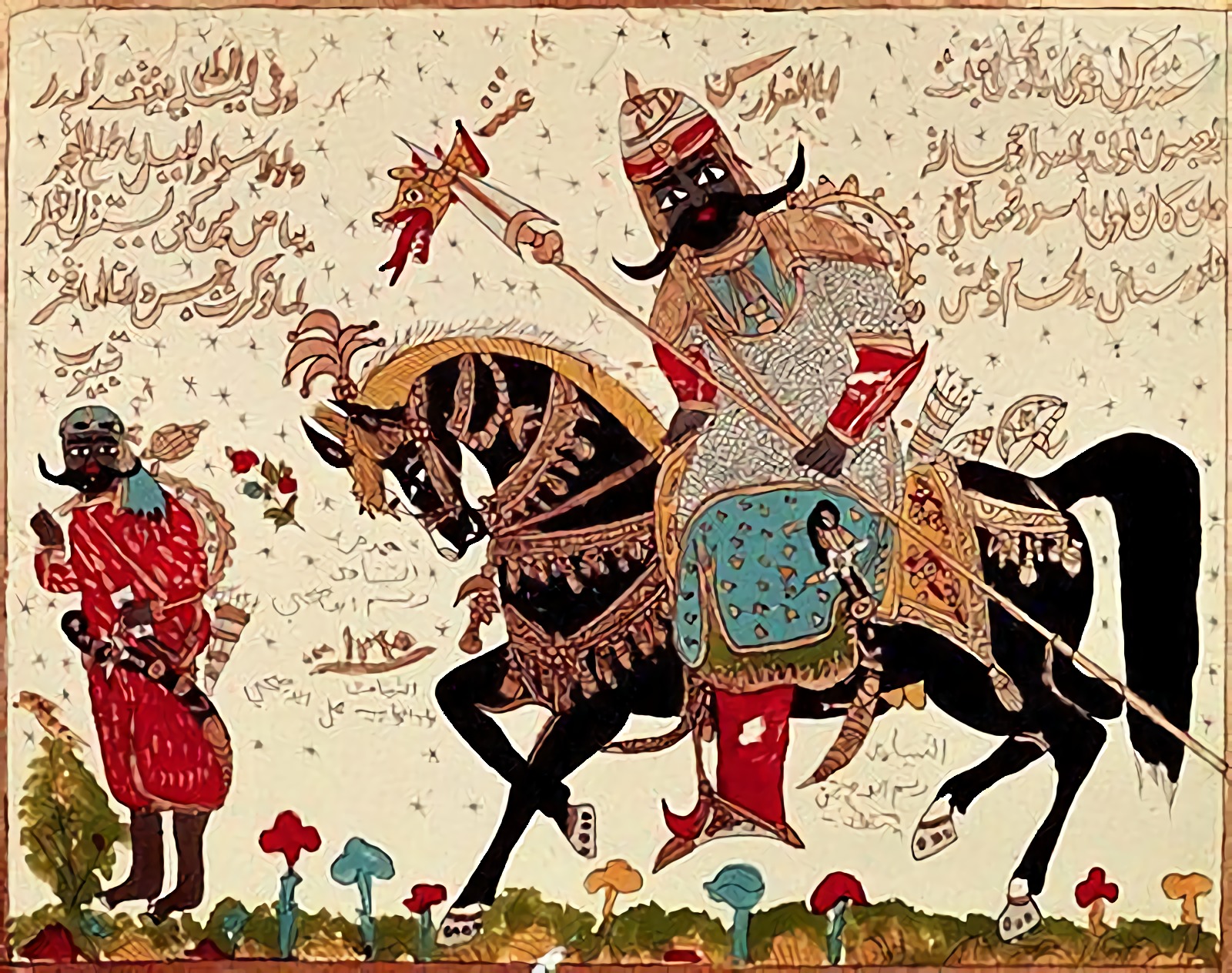 The popular Arabic epic Sīrat ‘Antar, which spotlights the heroic exploits of the half-Ethiopian, half-Arab 6th-century warrior and poet ‘Antarah ibn Shaddād, is the most well-known source of its kind for modern readers in the Arabic-speaking world and beyond. It is also based on the life and words of a real historical figure. But what did it mean for ‘Antarah to be half-Black—both in his own lifetime and in his legendary legacy as an Arab-Muslim epic hero? This talk analyzes how racial constructs and the social structures that manage and perpetuate them change from the pre-Islamic period through Islam’s formative centuries, spanning when the historical ‘Antarah was alive and when the existence of his epic is first attested in the 1100s. Throughout the talk, we will explore the ways that using popular literary sources can illuminate aspects of racial representation that are not as present elsewhere in the premodern Arabic register, and consider why this might be so.

Rachel Schine holds a PhD in Near Eastern Languages and Civilizations from the University of Chicago. She is presently a postdoctoral associate and instructor of Arabic literature and culture at the University of Colorado, Boulder in the Department of Asian Languages and Civilizations. Her current book project, Black Knights: Arabic Epic and the Making of Medieval Race, explores the origins, literary functions, and social histories of black protagonists in Arabic popular literature, and particularly in the language’s longest epic, Sīrat al-Amīra Dhāt al-Himma. She has published on topics relating to racialization and kinship in Arabic storytelling in, among others, the Journal of Arabic Literature and al-‘Usūr al-Wustā: The Journal of Middle East Medievalists.

Register
2021
0
Lecture: Journeying Through A Lost Story: A Cambodian Refugee's Reflection of Self Discovery and Muslim Identity in the Aftermath of the Cambodian GenocidePrevious Post
Black Voices of TransformationNext Post