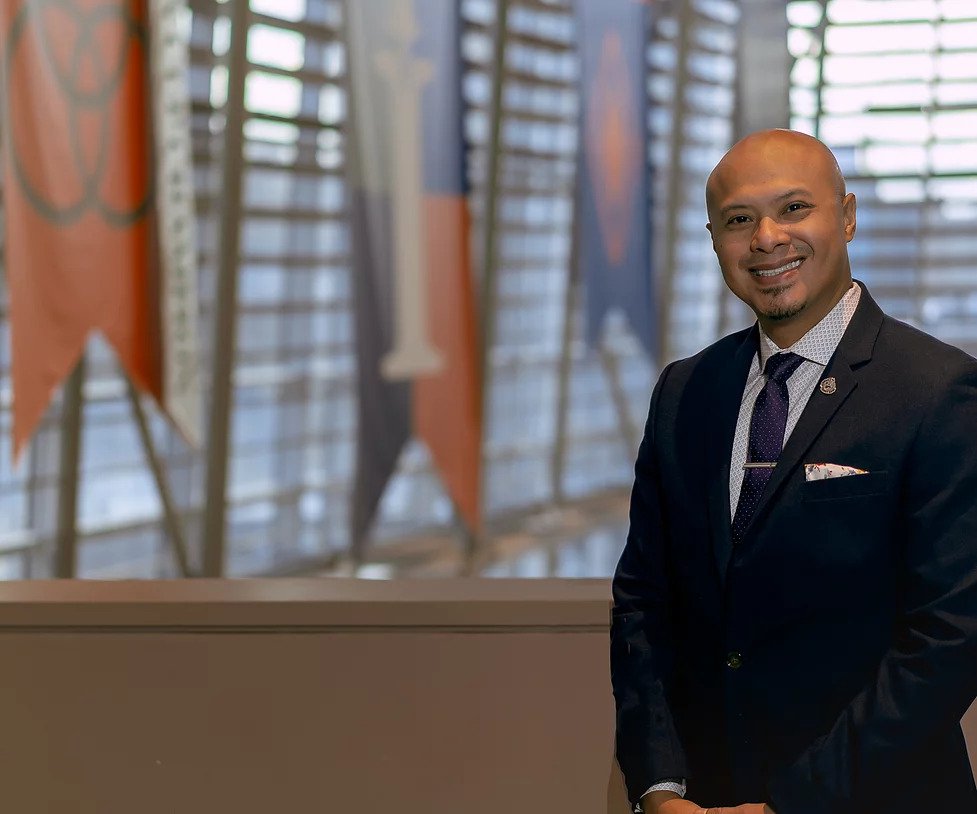 Lecture: Journeying Through A Lost Story: A Cambodian Refugee’s Reflection of Self Discovery and Muslim Identity in the Aftermath of the Cambodian Genocide

Malcolm X’s biography opened a doorway to a forgotten story in Dr. Rahim’s family history–one that was lost due to the war, communism, and genocide. Dr. Rahim will share his personal tale about exploring his ethnic history and religious identity after converting to Islam in America.

Emad Rahim is a Khmer American and survivor of the Cambodian Killing Fields whose life was turned into the short documentary “Against the Odds“: (F.A.M.E. ‘US International Film Festival’s 2016 Bronze Award Winner), and adapted into a theater production titled “Tales from the Salt City,” which is an extension of the acclaimed Undesirable Elements series written by celebrated playwright and Presidential National Medals of Arts Award recipient, Ping Chong. He has been featured in the Huffington Post, Rutgers’ The Humanist, Forbes, CEO Magazine, WorldClass Magazine, The Post Standard and covered by BBC and NPR.

Rahim was born in a concentration camp in the Killing Fields of Cambodia. He arrived to the United States with his family as a refugee living in Brooklyn New York and was raised in Syracuse NY. After struggling with street violence, gangs, drugs, poverty, family abuse and dyslexia as an adolescent, he found his way through higher education to become an award-winning educator, entrepreneur, author and community leader.

Rahim currently serves as the Kotouc Family Endowed Chair and Professor at Bellevue University and Dean of Social Impact at Claremont Lincoln University. He is an award-winning entrepreneur, educator, Fulbright Recipient and TEDx Speaker. He was the former Dean at Colorado Tech and Strayer University, Entrepreneur-in-Residence at Oklahoma State University and Syracuse University, and Visiting Scholar at Rutgers University.