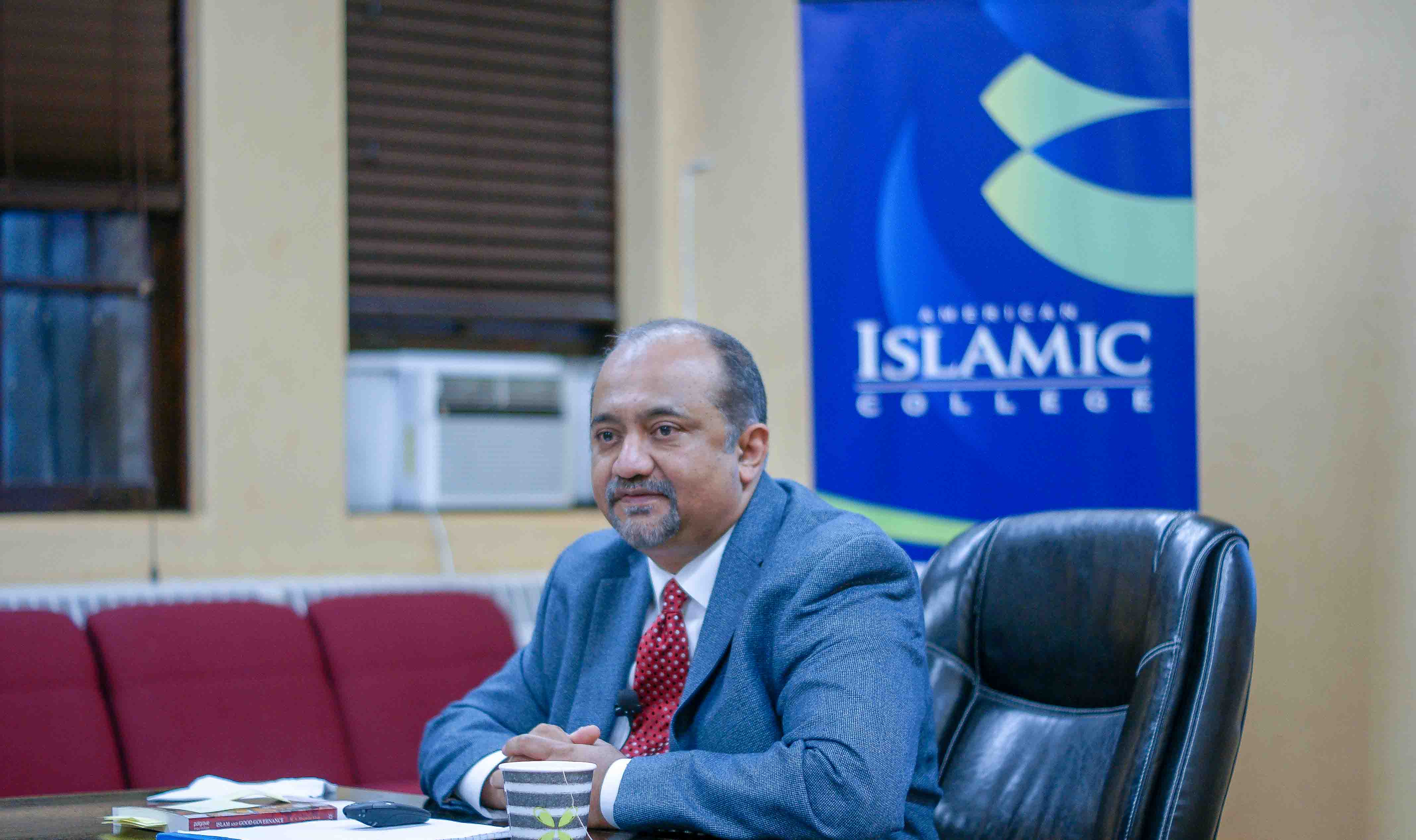 Lecture: Islam and Good Governance: A Political Philosophy of Ihsan

Muqtedar Khan’s Islam and Good Governance is an original, thoughtful, and fresh approach in political philosophy that will intrigue as well as challenge many Muslim and non-Muslim scholars presuppositions and models for development. — John L. Esposito, Georgetown University

In an age marked by shallow religio-nationalist identities and the cheap instrumentalization of religion, Khan offers a way out of this morass by going back to foundational Islamic values. — Asma Afsaruddin, Indiana University, Bloomington

In this wide-ranging and profound book, Muqtedar Khan reminds us of an entirely different vision and practice of Islam in politics, one premised on the concept of Ihsan. The result is a book that is at once timely, urgently important, and, over its entire course, ethically moving. — Robert Hefner, Boston University

“Muqtedar Khan’s Islam and Good Governance offers a political philosophy that is both refreshing and timely. — Tamara Sonn, Georgetown University

Muqtedar Khan’s Islam and Good Governance is a noteworthy contribution to the literature on Islamic political thought. It advances the view that politics must bend the knee to morality. — Mehrzad Boroujerdi, Syracuse University

He founded the Islamic Studies Program at the University of Delaware and was its first Director from 2007-2010.

Dr. Khan is a Senior Fellow at the Center for Global Policy since 2016. He was Fellow with the Institute for Social Policy and Understanding from 2001-2016. He was a Senior Nonresident Fellow with the Brookings Institution [2003-2008] and a Fellow of the Al-Waleed Center at Georgetown University [2006-2007]. He has been the President, Vice President and General Secretary of the Association of Muslim Social Scientists.

He is the author of Islam and Good Governance: A Political Philosophy of Ihsan (Palgrave, 2019). He also authored American Muslims: Bridging Faith and Freedom (Amana, 2002), Jihad for Jerusalem: Identity and Strategy in International Relations (Praeger, 2004). He has edited Islamic Democratic Discourse (Lexington Books, 2006) and Debating Moderate Islam: The Geopolitics of Islam and the West (University of Utah Press, 2007).

Dr. Khan frequently comments on BBC, CNN International, FOX and VOA TV, Bridges TV, NPR and other radio and TV networks. His political commentaries appear regularly in newspapers in over 20 countries. He has lectured in North America, East Asia, Middle East and Europe . Dr. Khan is from Hyderabad in India. He is married to Reshma and has a son Rumi, and a daughter Ruhi.