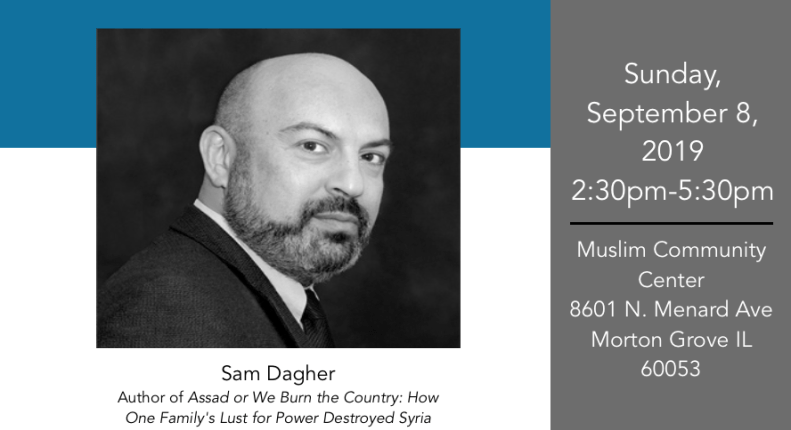 A conversation with Sam Dagher, author of Assad or We Burn the Country and Dr. Zaher Sahloul, founder of Syria Faith

Sam Dagher has reported in the Middle East for more than fifteen years, most recently for The Atlantic. He was the only non-Syrian reporter for a major Western media outlet based in Damascus from 2012 to 2014, a period during which he was arrested by a pro Assad militia and briefly held in an underground mukhabarat (secret police) prison. He was later expelled from Syria for reporting deemed unfavorable to the regime. He has worked for the Wall Street Journal, the New York Times, the Christian Science Monitor, and Agence France Presse, and has covered the conflict in Iraq, the Arab Spring uprisings, and Libya. The Wall Street Journal nominated Dagher’s work from Syria for the Pulitzer Prize and other journalism awards.

Moderator: Dr. Zaher Sahloul is a Critical Care specialist and founder of Syria Faith and led many multiple medical missions to Syria and to the neighboring countries. He is an advocate for humanitarian aide in the Syrian crisis, refugee rights and immigration reforms. He was a medical school classmate with Bashar al-Assad. Dr. Zahloul was one of three awardees named Chicago’s magazine’s Chicagoans of the Year in 2016.