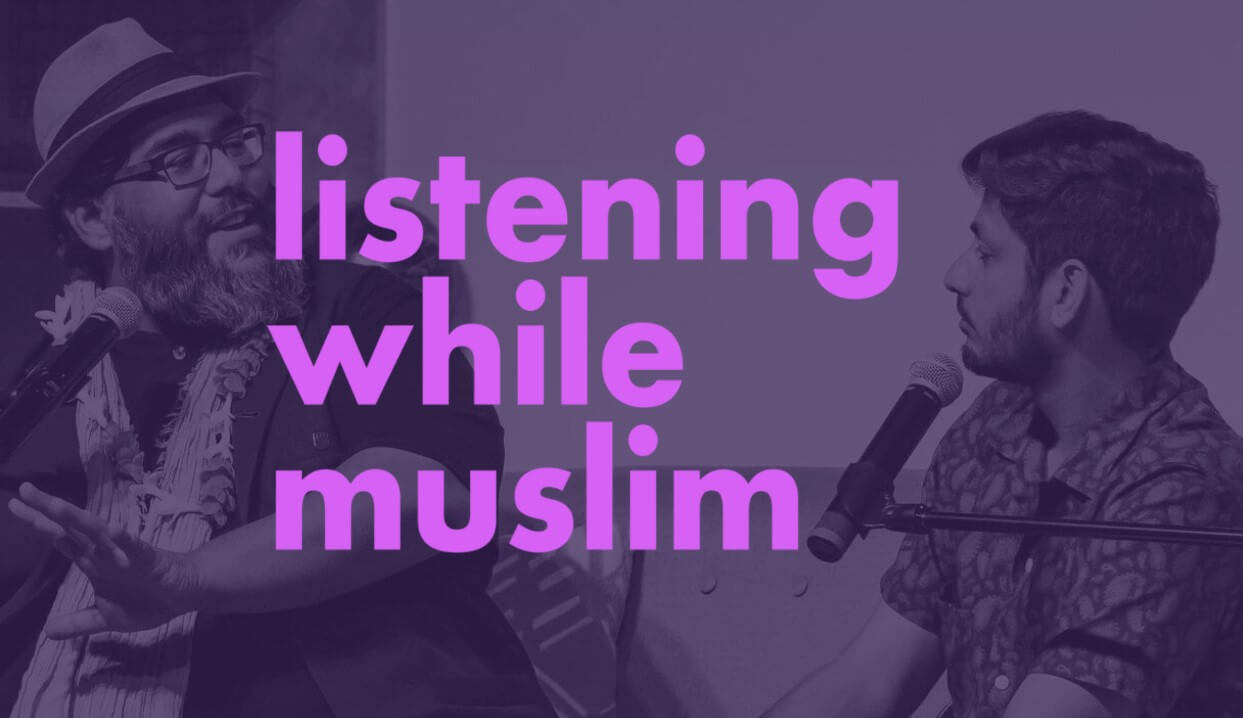 Listening While Muslim: Music at the Intersection of Faith, Culture and Politics
An Online Interactive Summer Seminar

This special seminar is aimed at cultural workers and others who want to engage with “Listening While Muslim” as a practice.

We’ll take a deep dive into Muslim music and sound practices, intentionally centering the ways in which Muslim culture is actively expressed through the lived experience of artists and cultural producers. We’ll also explore how do particular theologies, histories, cultural sensibilities and feelings inform the way in which Muslims hear and produce music, and what meanings do they give to the sounds that they hear and produce? More broadly, given the myriad of ways in which “Muslimness” is expressed, we’ll explore whether we can even talk about something called “Muslim culture”?
We will look closely at how Muslim sound and musical forms are in conversation with the social and political realities of the times and places in which they developed. In particular, we will focus on the narratives and lived experiences of cultural producers themselves, exploring how their music shapes and presents Muslim identities.

Special consideration will be given to artforms which have emerged as a result of America’s violent racial past, namely Jazz and Hip Hop. Questions of race, power, violence, gender justice, political freedom and economic in/equality will be woven into our explorations. A weekly playlist will be provided alongside essential readings.

Come ready to engage, explore, discuss and listen while Muslim!

Register
2021
0
Ramadan Quick TalksPrevious Post
Lecture: Muslims of the Heartland: How Syrian Immigrants Made a Home in the American MidwestNext Post