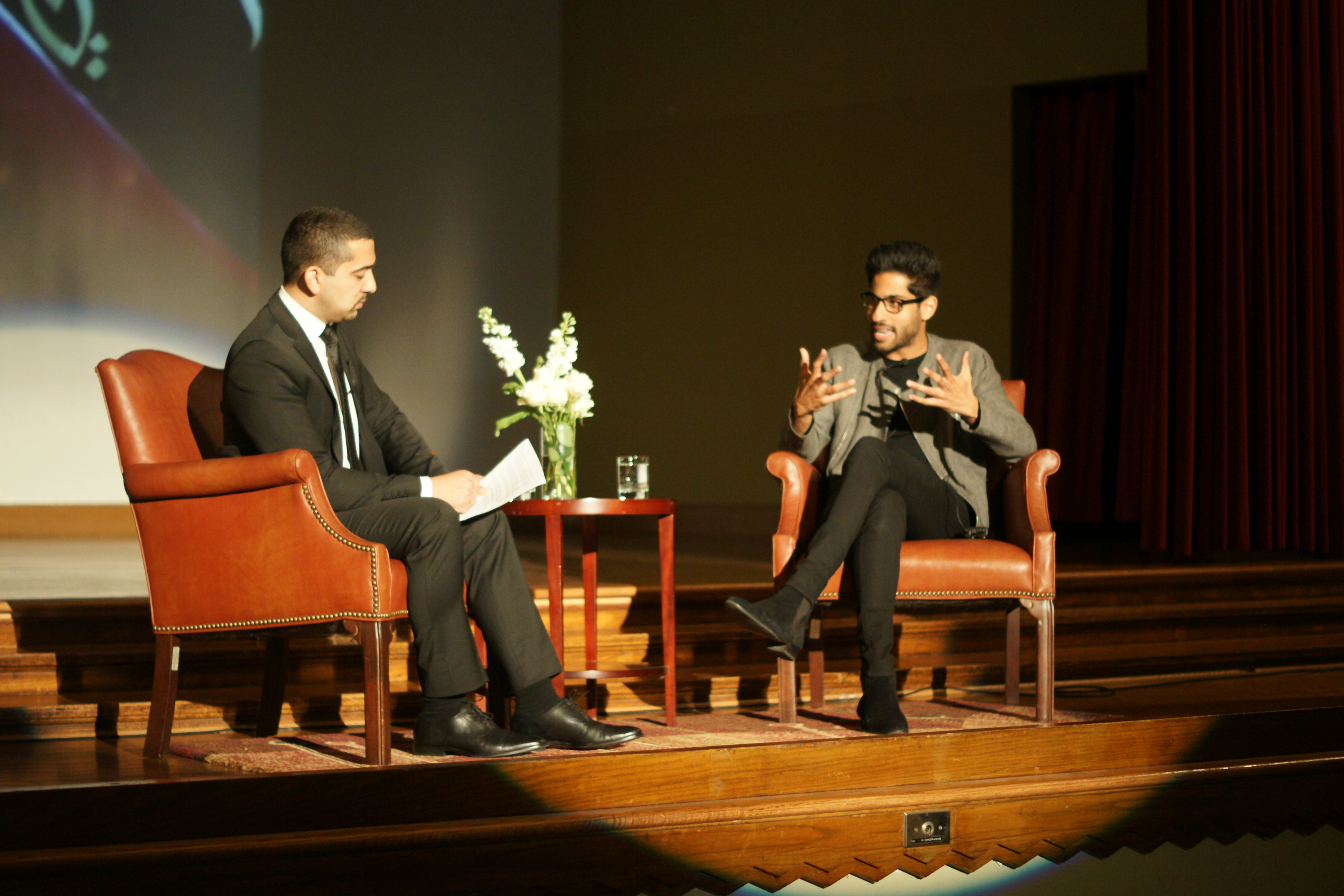 The heART of the Matter: An Intimate Evening with Mehdi Hasan & Artist Aadil Abedi

The heART of the Matter

American Islamic College is proud to introduce Aadil Abedi’s extraordinary art for the first time to Chicago audiences. Inspired by Arabic calligraphy and abstract designs, Aadil’s art fuses East and West, ancient and contemporary, vibrant and elegant, to produce paintings that are truly unique. The collection he will exhibit, titled “Hope”, uses bold strokes, a circular theme, and inspiring Quranic verses around the themes of mercy, compassion and remembrance. “The circular theme reminds me of God’s embrace,” Aadil says. “The colors, the lights, the darks show different layers of struggle we all go through; at the end of the day, He is the only one who will be there for us.” For the first time ever, Aadil will exhibit his newest work – paintings of ancient doors as a backdrop for poetic couplets. He will also auction off one of his most coveted pieces.

Aadil has been commissioned by well-known personalities such as Bollywood royalty Aishwarya Rai Bachchan, and Jemima Goldsmith to design customized pieces for their homes. His work has been showcased in Dubai, London, New York, Sydney, and Mumbai, and has been shown alongside great legends M.F. Husain, F.N. Souza and Ismail Gulgee. Publications such as Emel, You & I, WKND (Khaleej Times), Al-Arabiya News, and Arabian Homes have covered Aadil’s journey from his studio in London to international acclaim.

Aadil will have ONLY 10 pieces for sale at this exclusive event!

Please visit his website to see his one of a kind pieces: www.aadilabedi.com

Mehdi Hasan is an award-winning British journalist, broadcaster, author and political commentator. He is the presenter of both UpFront (filmed in Washington DC) and Head to Head (filmed at the Oxford Union). He moved to Al Jazeera from the Huffington Post UK where he was political director. He has been named one of the 100 ‘most influential’ Britons on Twitter, and was included in the annual global list of ‘The 500 Most Influential Muslims’ in the world (The Muslim 500). His debate-winning speech at the Oxford Union on Islam and peace went viral online, amassing more than two million views. Mehdi is also the author of two books – a biography of former Labour Party leader Ed Miliband and an e-book on debt and the financial crisis. @mehdirhasan

Yvonne Maffei has grown up with a real passion for cooking and writing, setting out to make a career out of combining the two. Yvonne publishes MyHalalKitchen.com, gives cooking classes, lectures about halal cooking and healthy eating, and consults schools on how to source healthy, halal ingredients and prepare fresh new ideas for school lunches. She has written two cookbooks: Summer Ramadan and My Halal Kitchen: Global Recipes, Cooking Tips, Lifestyle Inspiration.

Load More
2017
0
Lecture: Fatwa, Islamic Law, & Governance in Iran: A Conversation with the RafsanjanisPrevious Post
Lecture: Jihad of the Pen, Journal of the Soul: An Anthology of West African Sufi WritingNext Post