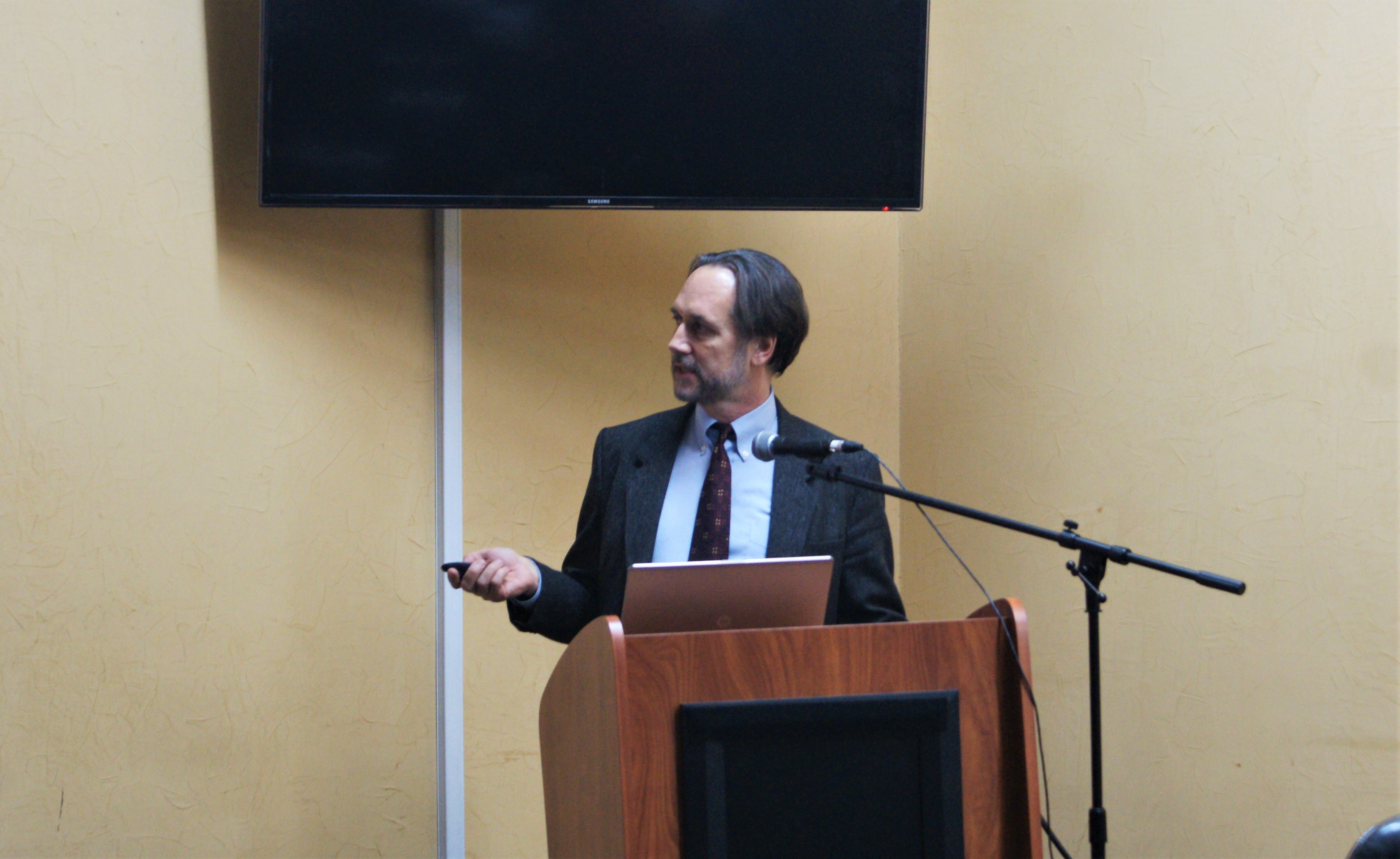 On Wednesday, Mar. 1st, Nicholas Stone, an expert on Islamic art and architecture, presented an illuminating talk on “The Mosque Lamp: A Symbol of Diving Light.” He took the audience through history on the construction and make of the mosque lamp. He discussed Surat-al-Nur’s inspiring words for the lamp’s development and its appearance on lamps and niches that housed the light fixtures. He presented examples from the Mamluk period, Ottoman period, and others. He concluded with a picture of his own design of a mosque lamp he and his wife created for a mosque in Malaysia.

Studied Architecture in the UK; worked 1980-81 in Germany for Professor Frei Otto, pioneer of lightweight structures, on Mountain Tents for the Hajj, and 1983-90 in London with the Egyptian architect Abdel Wahed El-Wakil, who in the footsteps of his mentor, Hassan Fathy, revived traditional Islamic architecture in Arabia; projects include the Qiblatain Mosque and Miqat Mosque in Madinah. 1990 moved to Germany to work on domes for the Prophet’s Mosque in Madinah. 1998 moved to Malaysia. 2002 established a design company in Kuala Lumpur in partnership with wife, Nazanin Sheikhi. Projects in Malaysia include Wilayah Mosque, Kuala Lumpur (Domes); Al-Bukhary Mosque, Alor Setar (Domes, Mihrab, Minbar, Muqarnas); Palace of Justice, Putrajaya (Domes, Interior of Main Atrium); tropical style houses; Islamic garden.