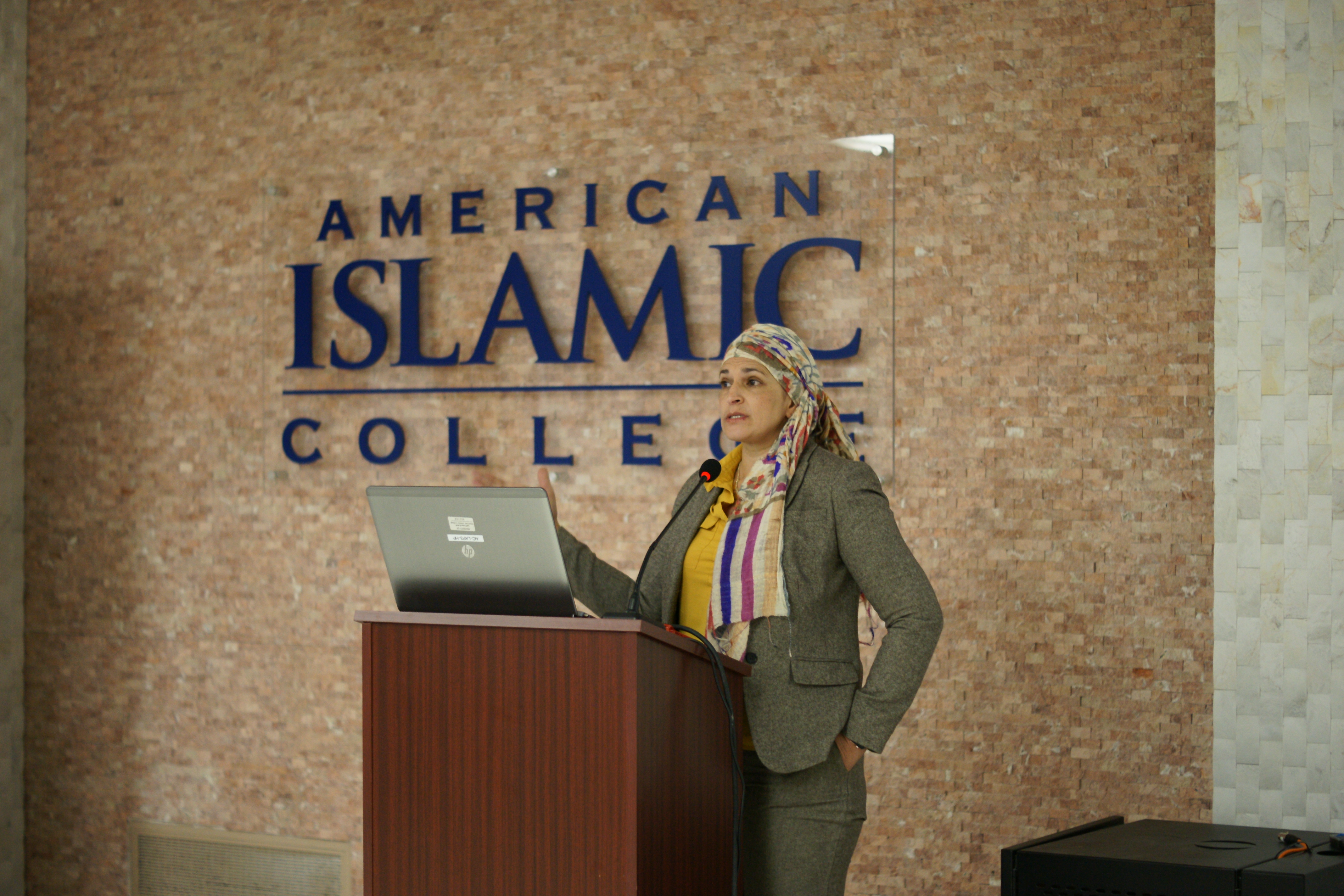 Lecture: Don’t Call it “Sharia Law”: How to Counter the Anti-Sharia Campaign in the United States

On Thursday, February 16th, AIC welcomed Dr. Asifa Quraishi-Landes, a scholar of US Constitutional Law and Islamic Law. She gave an insightful talk that unpacked the history and definitions of sharia and fiqh. This understanding laid the groundwork for how to address the anti-Sharia campaign in the US. Dr. Quraishi-Landes’ thoughtful approach perfectly communicated fiqh’s relation to sharia. Additionally, Dr. Quraishi-Landes gave examples of how religious freedoms are accommodated under US Constitutional Law. Those accommodations by the government are not the same as enforcing sharia or any other religious law on all US citizens, as the US practices separation of “church and state,” which debunked the “creeping sharia” agitators’ claims. See the video below.

Asifa Quraishi-Landes specializes in comparative Islamic and U.S.constitutional law, with a current focus on modern Islamic constitutional theory. She is a 2009 Carnegie Scholar and 2012 Guggenheim Fellow.

Quraishi-Landes writes on comparative legal theory and Islamic law. Recent publications include “The Sharia Problem with Sharia Legislation,” and “What if Sharia Weren’t the Enemy: Re-Thinking International Women’s Rights Activism and Islamic Law.” Currently, she is working on “A New Theory of Islamic Constitutionalism: Not Secular. Not Theocratic. Not Impossible.” This project seeks to articulate a new constitutional framework for Muslim majority countries that will answer both the Muslim impulse for a sharia-based government, as well as secular concerns that a non-theocratic system is important in order to respect human and civil rights.

Professor Quraishi-Landes holds a doctorate from Harvard Law School and other degrees from Columbia Law School, the University of California at Davis, and the University of California at Berkeley, and has served as law clerk in the United State Court of Appeals for the Ninth Circuit. She has served as a Public Delegate on the United States Delegation to the United Nations Commission on the Status of Women (2010), the Task Force on Religion and the Making of U.S. Foreign Policy for the Chicago Council on Global Affairs, and as advisor to the Pew Task Force on Religion & Public Life. She is currently on the governing board of the Association of American Law Schools’ Section on Islamic Law, the National Association of Muslim Lawyers (NAML), and Muslim Advocates. She is an affiliate of the Muslim Women’s League, past President and Board Member of Karamah: Muslim Women Lawyers for Human Rights, a Fellow with the Institute for Social Policy and Understanding and a member of the “Opinion Leaders Network” for the British Council’s “Our Shared Future” project.