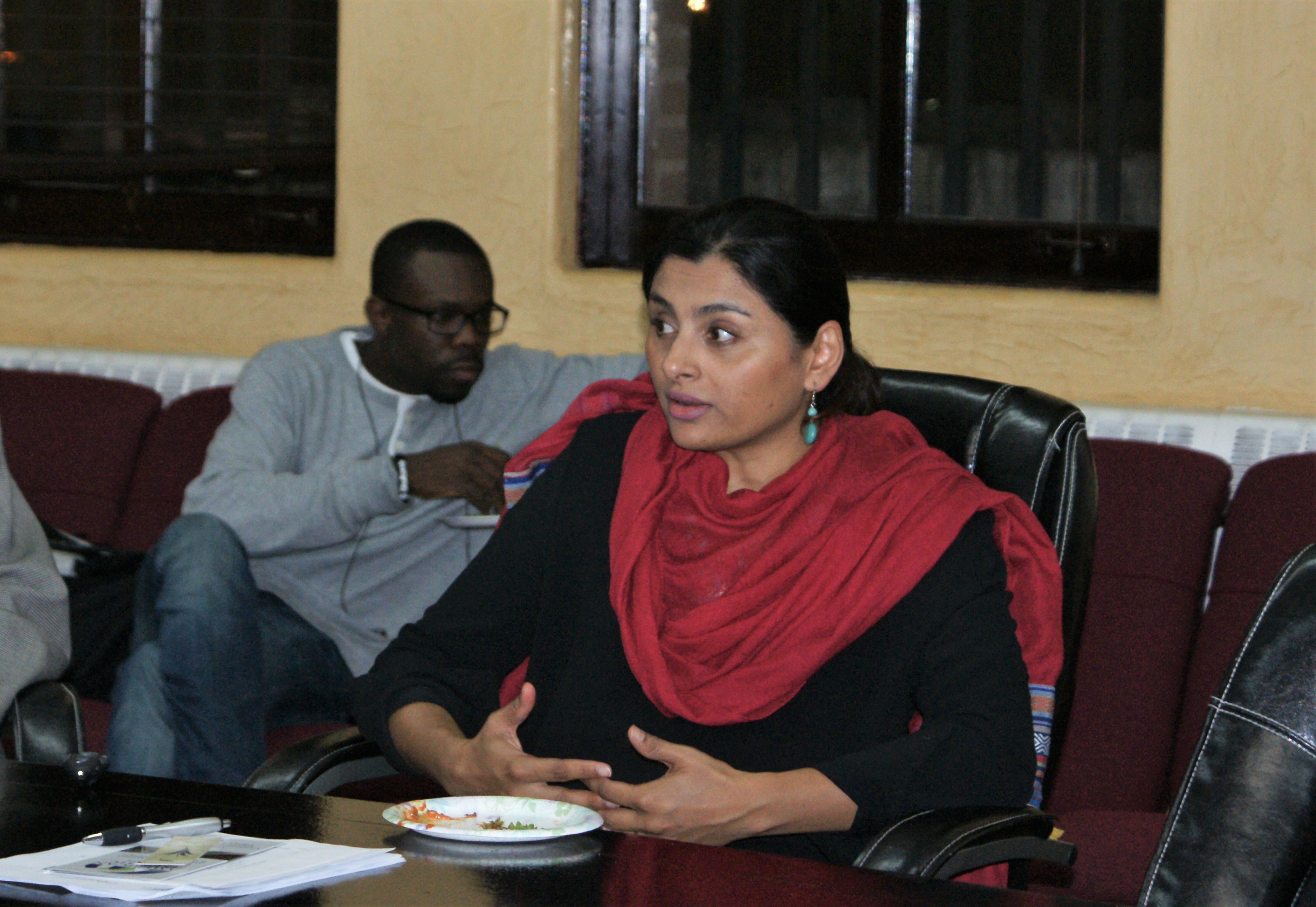 On Tuesday, September 12th, AIC welcomed Dr. Maliha Chishti, who spoke on “Islam, Pluralism, & Liberal Peacebuilding in Afghanistan.” She opened with a thought-provoking question on “Why liberal peacebuilding by way of international interventions seem to fail?” She went on to discuss the myriad of statistics that reveal that western aid outside of development work, do little to build conflict-torn countries. Dr. Chishti believes that the giving of aid is more ideological than humanitarian or developmental in its process and implementation. She advocates for a more pluralistic standpoint when discussing ways to provide aid that will be beneficial and helpful to those needing it. She urges for a democratization of the peacebuilding process where local Afghans are invited to take part in the aid discussion with international partners, as their voices are currently not included. More than that, she suggests not getting involved at all and allowing for local and/or non-profit organizations both within and outside their borders to address the concerns of its citizens in a healthy and insightful way.

Maliha Chishti is a Senior Fellow at the University of Chicago’s Martin Marty Center where she is furthering her research on the opportunities and challenges to peacebuilding in Muslim-majority contexts. Her focus is on the role of religion, traditional authority and the politics of mulitivocality and pluralism in post-conflict contexts. Her research draws upon anticolonial and postcolonial thought to investigate broader, inclusive and more locally relevant approaches to building peace in non-western contexts, with a specific emphasis on Afghanistan. Dr. Chishti’s research responds to the current crisis of liberal peacebuilding and questions why the process of rebuilding war-affected Muslim societies remains a peculiarly distant and inaccessible project for the majority of the poorest, traditional, rural, and often non-English speaking population, arguing that the current emphasis on supporting greater local control is not enough, until and unless the politics of difference, multivocality and pluralism are meaningfully addressed.