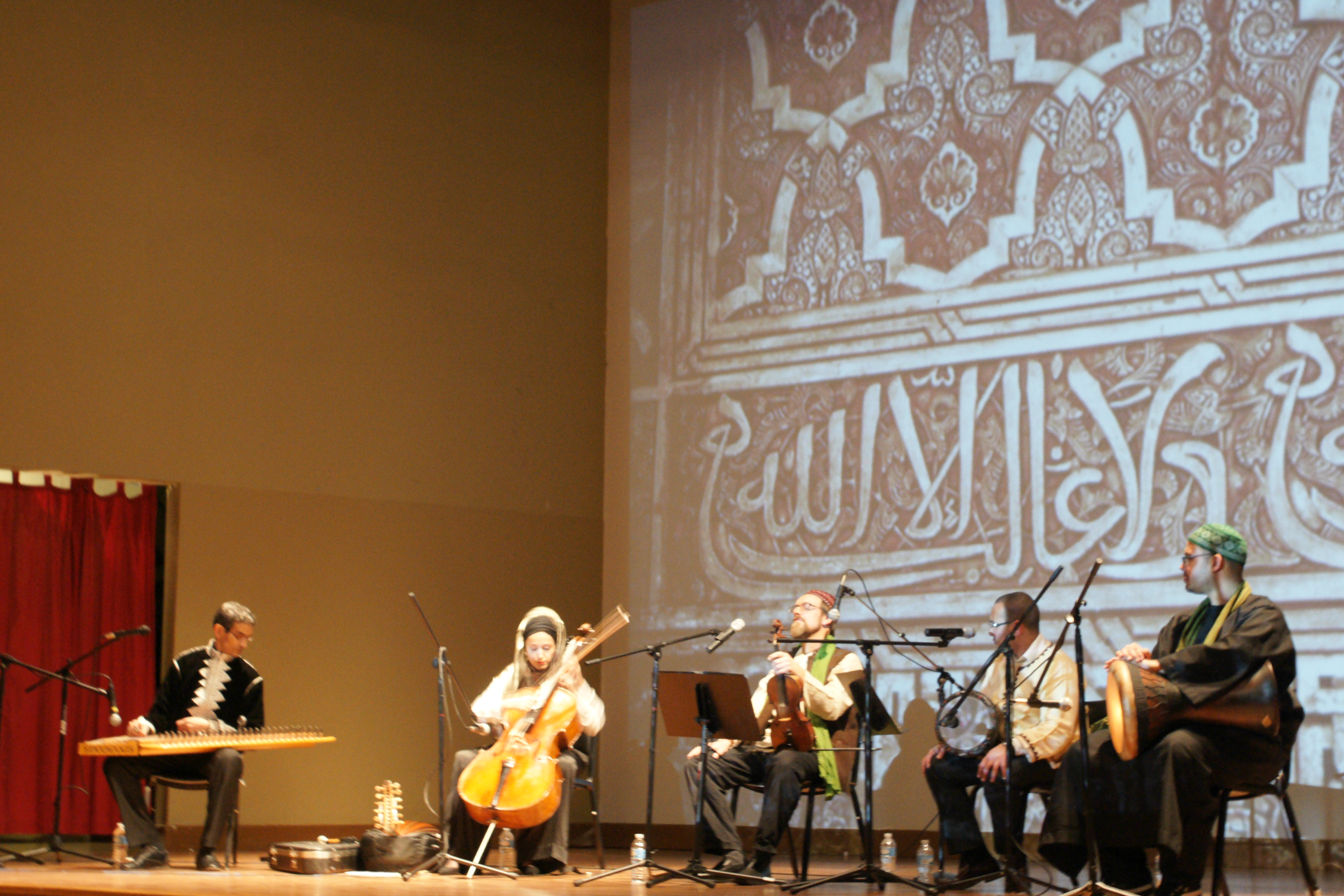 Al Firdaus Ensemble based in Granada was founded in 2012 by the English violinist and singer Ali Keeler and includes musicians from England, Spain, and Morocco.

The group takes its inspiration from the word Firdaus, which is the Arabic name, of Persian origin, for the most elevated abode in Paradise. The intercultural nature of this name reflects the character of the group in which musicians from different countries and cultural backgrounds are brought together with one purpose. Just as the musicians tune their instruments, so they need to tune their hearts to receive the inspiration of the moment and transmit that to the audience. The traditional Arabic term for this kind of music is sama` which could be translated as “the art of listening”.

The unique sound of their music is due to a synthesis of different musical styles. These include original compositions of a more Western classical character with influences from both Celtic and Flamenco traditions, and arrangements of songs drawn from the rich heritage of traditional sufi music from Arabic, Andalusi and Turkish sources. The words of the songs are mainly in Arabic drawn from the poetry of the great sufis from Al Andalus and the Arab world such as Ibn Arabi and Al Shushtari. Also, within their repertoire are musical adaptations of poems inaljamiado, the Spanish language written by the Moriscos using the Arabic script.

Al Firdaus usually plays in quartet or quintet formation, but is versatile and can perform as a trio, or in larger formations depending on the requirements of the concert. They use a combination of Arabic and Western classical instruments in addition to the flamenco guitar, and have a range of singers, some of whom are soloists and others who sing in the choruses. They also perform in choral formation accompanied only by percussion instruments.

They have performed in concerts and international festivals in Spain, Portugal, France, Germany, the UK, the US, Morocco, Algeria and Tunisia.

They released their first CD Safa in 2014.