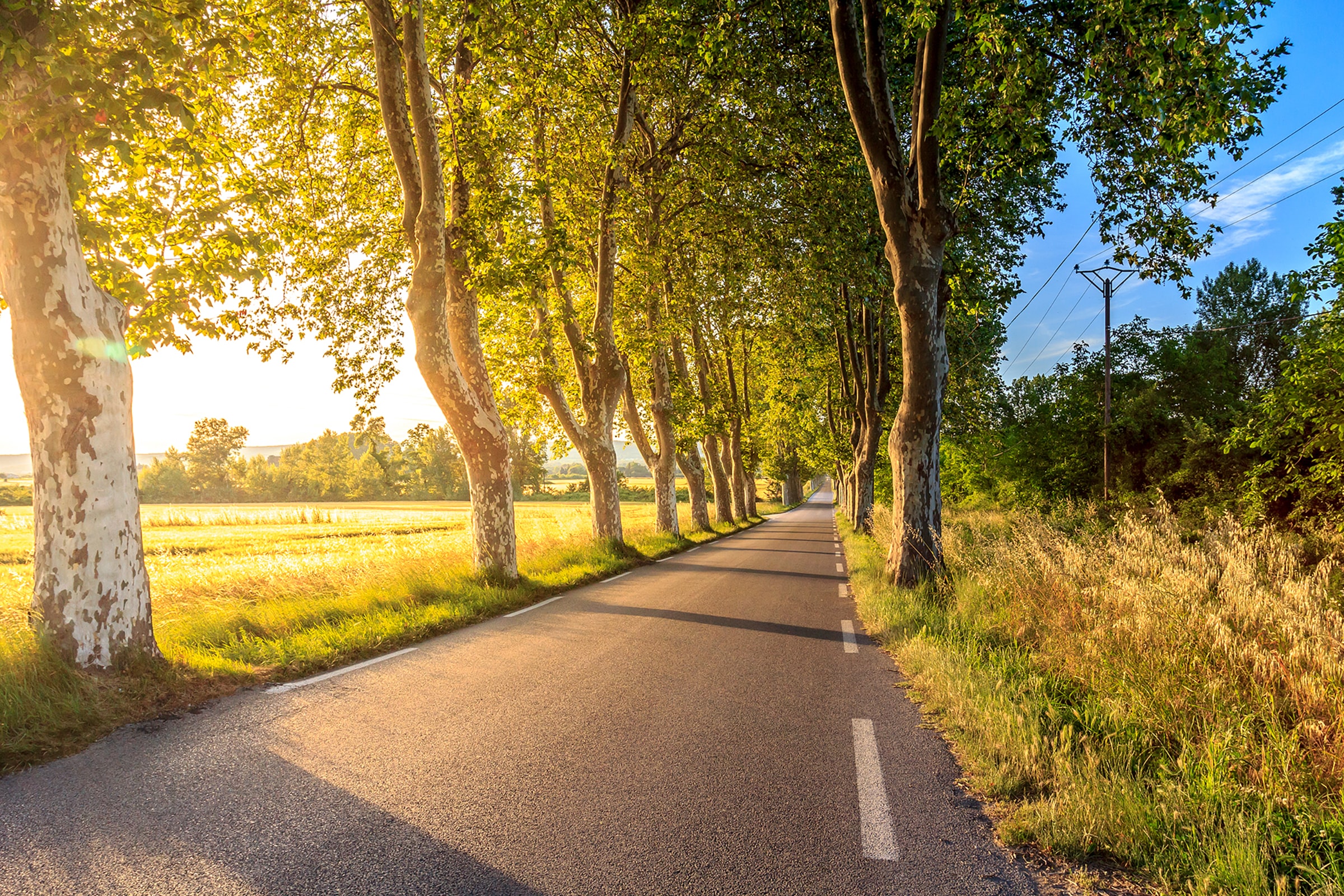 Lessons from the Road: Reimagining an Intentional, Beloved Interfaith Community

On October 1, American Islamic College is partnering with The Lutheran School of Theology’s A Center for Christian-Muslim Engagement for Peace and Justice, Chicago Theological Seminary’s Interreligious Institute, and The Shoulder-to-Shoulder Campaign to present a webinar and panel discussion.

Contact Kim Shultz at kim.shultz@ctschicago.edu for details and to register.

Catherine Orsborn is the Executive Director of Shoulder to Shoulder, a national campaign of religious and interfaith organizations dedicated to working collectively against anti-Muslim bigotry in the US. Prior her current role, Catherine worked at the University of Denver as the co-Director of the Social Justice living/learning community on campus, and as a doctoral researcher at the Josef Korbel School of International Studies on the project, “Religion and Social Cohesion in Conflict-Affected Countries.”

Catherine received her undergraduate degree from Asbury University in Kentucky, and holds an MA and PhD in Religious Studies from the University of Denver, specializing in religion, conflict and peace-building in comparative context. She currently lives in Nashville, TN, with her husband and two young children.

Najeeba Syeed is Associate Professor of Interreligious Education at Claremont School of Theology and director of the Center for Global Peacebuilding. She is recognized as a leader in peacebuilding and social justice based research and twice received the Jon Anson Ford Award for reducing violence in schools and in the area of interracial gang conflicts and was named Southern California Mediation Association’s “Peacemaker of the Year” in 2007. She has chaired national conferences on Muslim and Interfaith Peacebuilding, served as a mediator in many cases, started restorative justice mediation programs in many institutions including University of Southern California and several middle and high schools. Schools have reported a drop in disciplinary referrals and violence. Her track record as a peacemaker and critical peace researcher has made her a sought out advisor and she has served as an on the ground peace interventionist in conflicts around the globe. Syeed’s peace and justice work has been the subject of news reports and documentaries as well such as this film which aired on NBC “Waging Peace: Muslim and Christian Alternatives.”

She was formerly the executive director of the Western Justice Center Foundation founded by Ninth Circuit Court of Appeals Judge Dorothy Nelson and previous to that appointment was the executive director of the Asian Pacific American Dispute Resolution Center. Under her directorship the organizations grew significantly in the areas of school based interracial conflict resolution, anti-bullying initiatives, environmental mediation, restorative justice, cross cultural conflict resolution training, gang intervention programs, community engaged design for youth violence prevention and served a range of clients including the Coca-Cola company, UCLA, USC, Arts Center College for design, LAUSD and the Department of Justice. Read More

Aseelah Rashid is Co-founder and CEO of The Muslim Mix, Inc. a 501c3 non-profit organization
which presents creative social events and environments targeted at Muslim young adults, while
also fostering social justice activism, and work specifically directed at changing the narrative
about Muslim Americans and how they’re portrayed in the media, and society.

As an active organizer within the Interfaith community, she currently serves on the Board for
Atlanta Interfaith Broadcasters (AIB) and Faith Alliance of Metro Atlanta (FAMA). She partners
with the American Jewish Committee (AJC), serving on the steering committee to facilitate
Muslim-Jewish Dialogues. And she regularly hosts Interfaith Visits to the Local Mosques in the
Atlanta, GA area.

She is well known and recognized for her exceptional leadership within the Muslim community
in the United States. Aseelah has curated, and convened high quality, high impact programming
for people in Georgia and across the region. She has traveled extensively throughout the United
States, Europe and the Middle East to build bridges and amplify female voices across religious,
cultural and ethnic lines.

Outside of her work within faith communities and service, Aseelah enjoys spending time with her Husband, Adrian “Asim” Rogers and their three sons, Righteous, Noble and Scholar.

A video and discussion event was sponsored by American Islamic College, The Interreligious Institute of Chicago Theological Seminary, The Shoulder to Shoulder Campaign, and A Center for Christian-Muslim Engagement on Thursday, October 1st.

The first video led to a discussion on how to be an ally. Dr. Najeeba Syeed stated that allyship should exists in a state of intention. She emphasized the role of being an ally being founded upon inward act before it becomes an outward task. So, one who wishes to be an ally for justice, must first begin with themselves. One must be aware of the person, the identity, community, culture, and so forth that a person relates to. One should do the work on oneself and the people you are in community with, before entering a new space and or hoping to do just and righteous work. Furthermore, Syeed reminds the audience that in doing allyship work, the individual should reflect upon their temperament and know when their role may cause harm. Aseelah Rashid, in agreement with Syeed’s response, added, “how far are you willing to go?” Self-assessment is crucial, but Rashid reminds us that a person must be aware of the values they carry and whether their allyship work is picky and not intentional. In addition, Rashid makes a necessary note of introspection and being tangible with their actions when entering a community. Both Syeed and Rashid gave participants direction and guidance on how to be an impactful ally. Overall, the task should not simply be a means of reward, but to know the intention and impact of entering a space one seeks to help. There is no room for saviour complexes; instead, there are clear notions of moving an issue towards resolution, and or learning from the people experiencing oppression and harm.

The second video sparked discussion on what it has meant for both Rashid and Syeed to be Muslim in America. Rashid shared that there have been experiences in which her identity as an African American Muslim has felt invalidated, or not seen/affirmed when growing up. Both Rashid and Syeed recounted stories related to elevated levels of Islamophobia in the aftermath of 9/11. Rashid feels a form of responsibility and burden to educate others in addressing the misconceptions of Islam and Muslims. Syeed, who wears the hijab, discussed the dangerous risk she felt in continuing to observe her faith by wearing the hijab. Syeed asked for others to not use her resilience to oppress her. More, do not use the experiences of those who have endured racism, discrimination, and misogyny to solely empower and use it as a means/opportunity to be amazed. Simply because by doing that, one is confining and placing exceptionality on another person when it should be understood as an unwarranted thing to do. Each story of being Muslim in the States is unique, personal, and should be acknowledged by people who wish to do work as an ally or within interfaith.

The last video focused particularly upon interfaith and religious imagination. Rashid expressed how dearly they wish for engagement between the people of the respective faiths. So often, there is a Rabbi, Priest, and Imam conversation held, but so little discussion or work is centered with the people of each respective faith. The dialogue and people power can be just, if not more rewarding than simply having devoted leaders of the religious group meeting with one another. Furthermore, Rashid adds that safe spaces are important, but often they remain frozen in the work. If it were possible for safe spaces to become brave spaces, then action for resolution may come into translation. Syeed made listeners think of three ideas within interfaith work, 1) Am I sacred? 2) Am I human to you? 3) Am I in your future? Are we speaking to the moment, or is discrimination existing in hope for total erasure? Am I human to you, speaks to whether the work regardless of faith and belief, is grounded in caring for the whole person? If it is not, then perhaps your help is not needed. The last question addresses dominant social groups and what it means to imagine a world that is kind, honest, and dedicated to revolutionary social justice change. Is the work of interfaith only being done in a time of crisis, or is it also being done in a time of peace?

Aseelah Rashid and Najeeba Syeed gave their vulnerability, and authentic selves to this webinar; may all who view it be granted space for critical and intentional action as a result.

I would like to end this summary response by deeply thanking my supervisor at American Islamic College, Romana Manzoor for allowing me to write and reflect upon the webinar. I want to sincerely thank both Aseelah Rashid and Najeeba Syeed for being social agents for good, and for inspiring people in their respective communities and within interfaith spaces.

How to be an Ally? Notes by Dr. Carol Schersten LaHurd

Questions to ponder with religious others