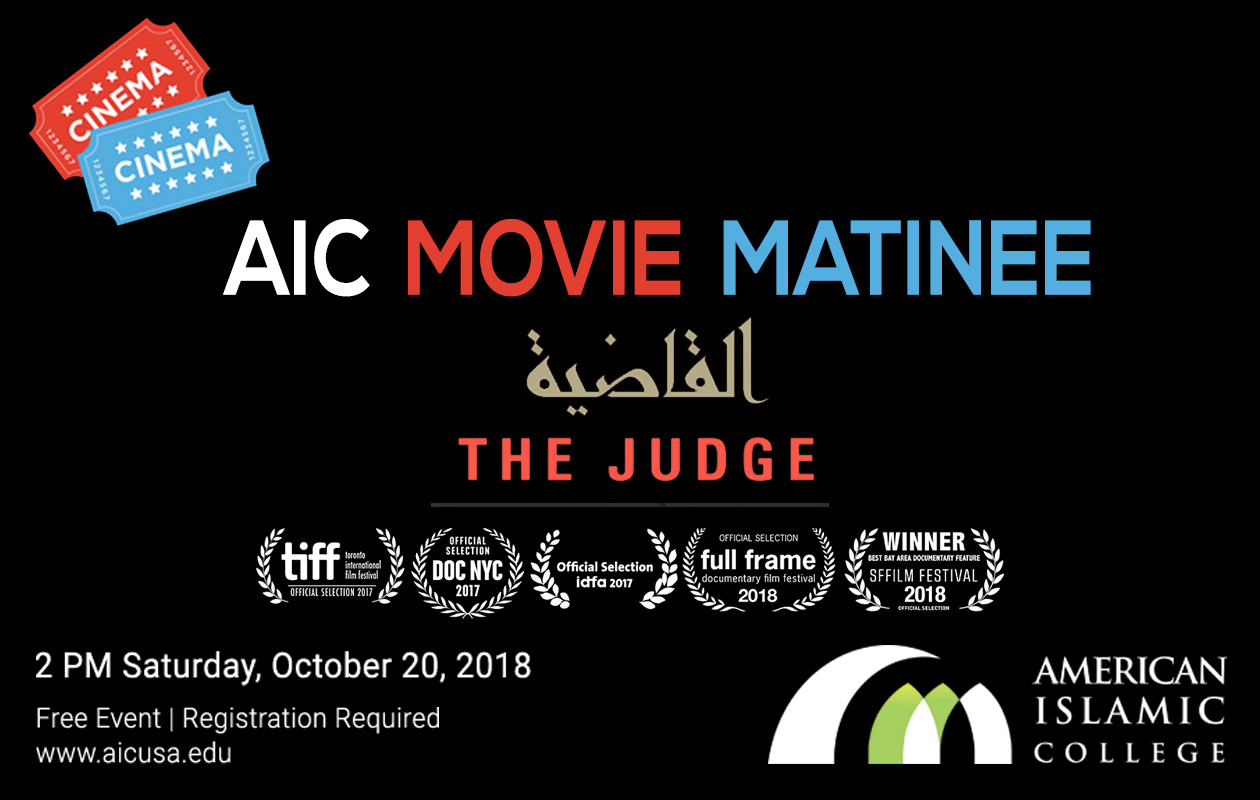 Parking: Free, located in the rear of the main building at 613 W. Bittersweet Pl.

This event is free & open to the public, but registration is required.

When she was a young lawyer, Kholoud Al-Faqih walked into the office of Palestine’s Chief Justice and announced she wanted to join the bench. He laughed at her. But just a few years later, Kholoud became the first woman judge to be appointed to the Middle East’s Shari’a (Islamic law) courts. THE JUDGE offers a unique portrait of Judge Kholoud—her brave journey as a lawyer, her tireless fight for justice for women, and her drop-in visits with clients, friends, and family. With unparalleled access to the courts, THE JUDGE presents an unfolding vérité legal drama, with rare insight into both Islamic law and gendered justice. In the process, the film illuminates some of the universal conflicts in the domestic life of Palestine—custody of children, divorce, abuse—while offering an unvarnished look at life for women and Shari’a.

Shabana Mir is the author of the award-winning book Muslim American Women on Campus: Undergraduate Social Life and Identity, published by the University of North Carolina Press (2014). The book has received the Outstanding Book Award from the National Association for Ethnic Studies and the Critics’ Choice Award from the American Educational Studies Association (2014).

Dr. Mir earned her Ph.D. in education policy studies and anthropology, with a concentration in comparative education, from Indiana University, Bloomington. She received the Outstanding Dissertation Award for her doctoral dissertation from the American Anthropological Association’s Council on Anthropology and Education (2006).  She conducted ethnographic fieldwork in the Washington, DC area, as Visiting Researcher at the Center for Muslim-Christian Understanding, Georgetown University.  She also has an M.A. in English Literature from Punjab University, Pakistan and an M.Phil. in Education from Cambridge University (UK).

Dr. Mir has lived, studied, and taught in the United States, the United Kingdom, and Pakistan. She has worked as curriculum designer, residence hall director, retreat leader, feminist troublemaker, faculty development expert, and research consultant in a variety of settings.

Shabana has written academic chapters, journal articles, children’s literature, a blog, and, of course, her book. She is an International public speaker on gender, religion, education, and politics. She speaks English, Urdu and Punjabi, and some Arabic and Farsi, and is delighted to be part of the American Islamic College community.

On Saturday, October 20, 2018, AIC screened The Judge, a powerful film about a young Palestinian woman’s journey to becoming the first female judge in the Middle East’s Shariah courts. The film provoked a thoughtful discussion about a number of topics interspersed and interconnected in the film. The conversation was led by AIC’s Associate Professor of Anthropology, Dr. Shabana Mir, who teaches courses on Islam and Gender, and Muslims in Modernity, taking her students deep into critical issues and their relation to contemporary movements both in America and theMuslim world.

More information about the movie: https://www.thejudgefilm.com/