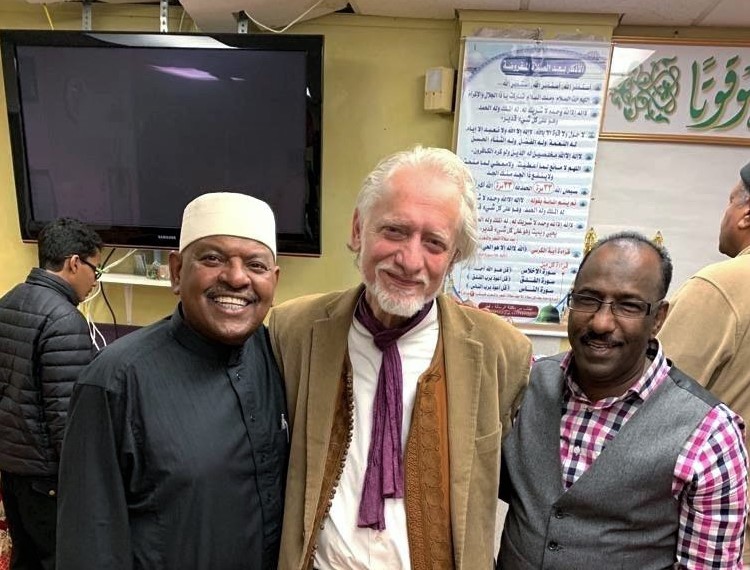 President Daoud S. Casewit was invited by the Sudanese mosque, Dar al-Hijrah Center, to be a guest speaker on Tuesday, January 21, 2020.

President Casewit gave an insightful talk in Arabic, on the integral supplication of blessings for Prophet Muhammad
(pbuh).

Title: Asrār al-ṣalāt `ala al-Nabi (Mysteries of asking for benedictions upon the Prophet).

Topic Summary: President Casewit began his talk with a hadith about the Prophet being informed by God that any of his followers who asked for benedictions upon him would benefit tenfold from the same benedictions from God, and that any who asked God to whelm him in integral peace (salām) would be similarly whelmed tenfold by God. This occurred in a specific place in Madinah and the Prophet fell into prolonged prostration out of gratitude. Why gratitude? Was it gratitude, because he needed these benedictions? “No,” the Audience responded, “he was thankful to God for having blessed his ummah with a new vehicle of grace.” Sūrat al-Aḥzāb, revealed around the time of the Battle of the Trench, contains this verse: (33:56) “Truly God and His angels invoke blessings upon the Prophet. O you who believe! Invoke blessings upon him, and greetings of peace!” Here the believers are invited to join the perpetual action of God and the heavenly host in blessing the Prophet.