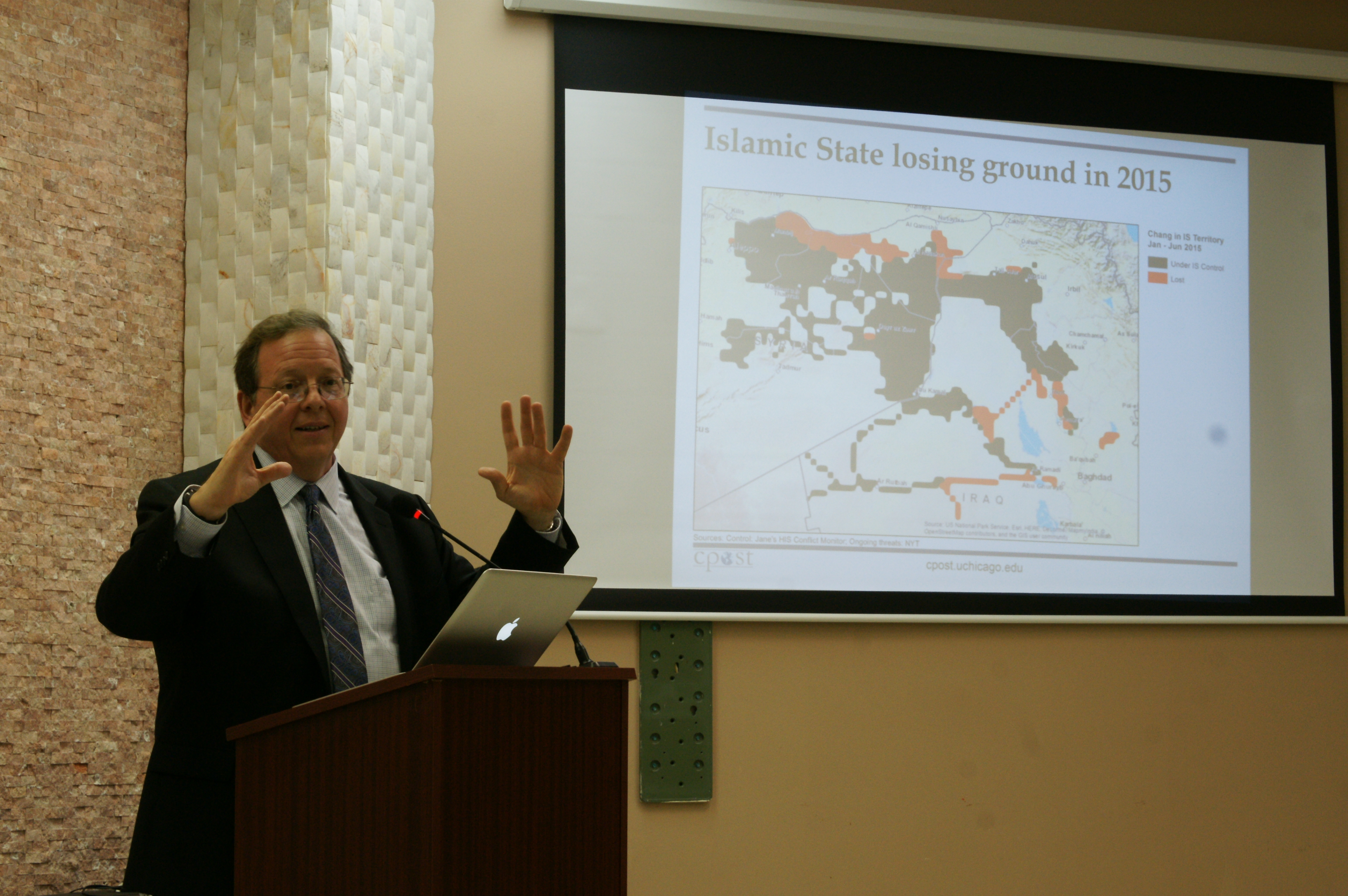 Dr. Robert A. Pape is Professor of Political Science at the University of Chicago specializing in international security affairs. His publications include Cutting the Fuse: The Explosion of Global Suicide Terrorism and How to Stop It(Chicago 2010) (with James Feldman); Dying to Win: The Strategic Logic of Suicide Terrorism (Random House 2005); Bombing to Win: Air Power and Coercion in War (Cornell 1996), “Why Economic Sanctions Do Not Work,” International Security (1997), “The Determinants of International Moral Action,” International Organization (1999); “The Strategic Logic of Suicide Terrorism,” American Political Science Review (2003); and “Soft Balancing against the United States,” International Security (2005). His commentary on international security policy has appeared in The New York Times, Washington Post, New Republic, Boston Globe, Los Angeles Times, and Bulletin of Atomic Scientists, as well as on Nightline, ABC News, CBS News, CNN, Fox News, and National Public Radio. Before coming to Chicago in 1999, he taught international relations at Dartmouth College for five years and air power strategy for the USAF’s School of Advanced Airpower Studies for three years. He received his Ph. D. from the University of Chicago in 1988 and graduated summa cum laudeand Phi Beta Kappa from the University of Pittsburgh in 1982. His current work focuses on the causes of suicide terrorism and the politics of unipolarity. He is the director of the Chicago Project on Security and Terrorism.