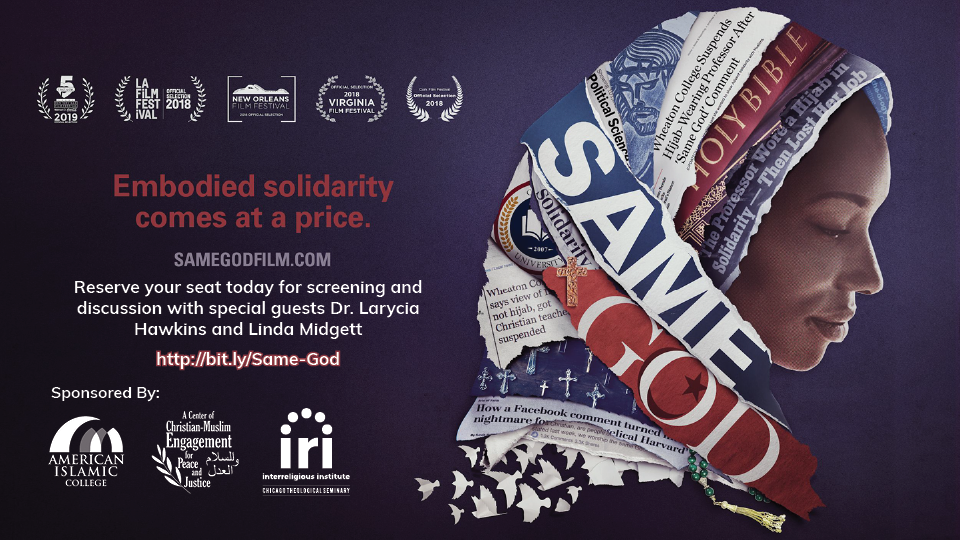 In December 2015, the political rhetoric against Muslims was escalating. Dr. Larycia Hawkins, an African-American political science professor at Wheaton College—a prestigious evangelical school outside of Chicago—wanted to show support for Muslim women. She posted a photo of herself in a hijab on Facebook. “I love my Muslim neighbor,” she wrote, “because s/he deserves love by virtue of her/his human dignity….we worship the Same God.”

Within days, Wheaton’s Provost suspended Dr. Hawkins, eventually moving to terminate her tenure. Were the school’s actions a move to protect its Christian theological purity, as it insisted? Or was it, as some suggested, the result of racism and Islamophobia? “Same God,” directed by Wheaton alumna Linda Midgett, a two-time Emmy-award winning writer and director, explores the polarization taking place within the evangelical community over issues of race, Islam, religious freedom…and Donald Trump.

This event is sponsored by The InterReligious Institute at Chicago Theological Seminary along with American Islamic College and The Center of Christian-Muslim Engagement for Peace & Justice at The Lutheran School of Theology at Chicago.