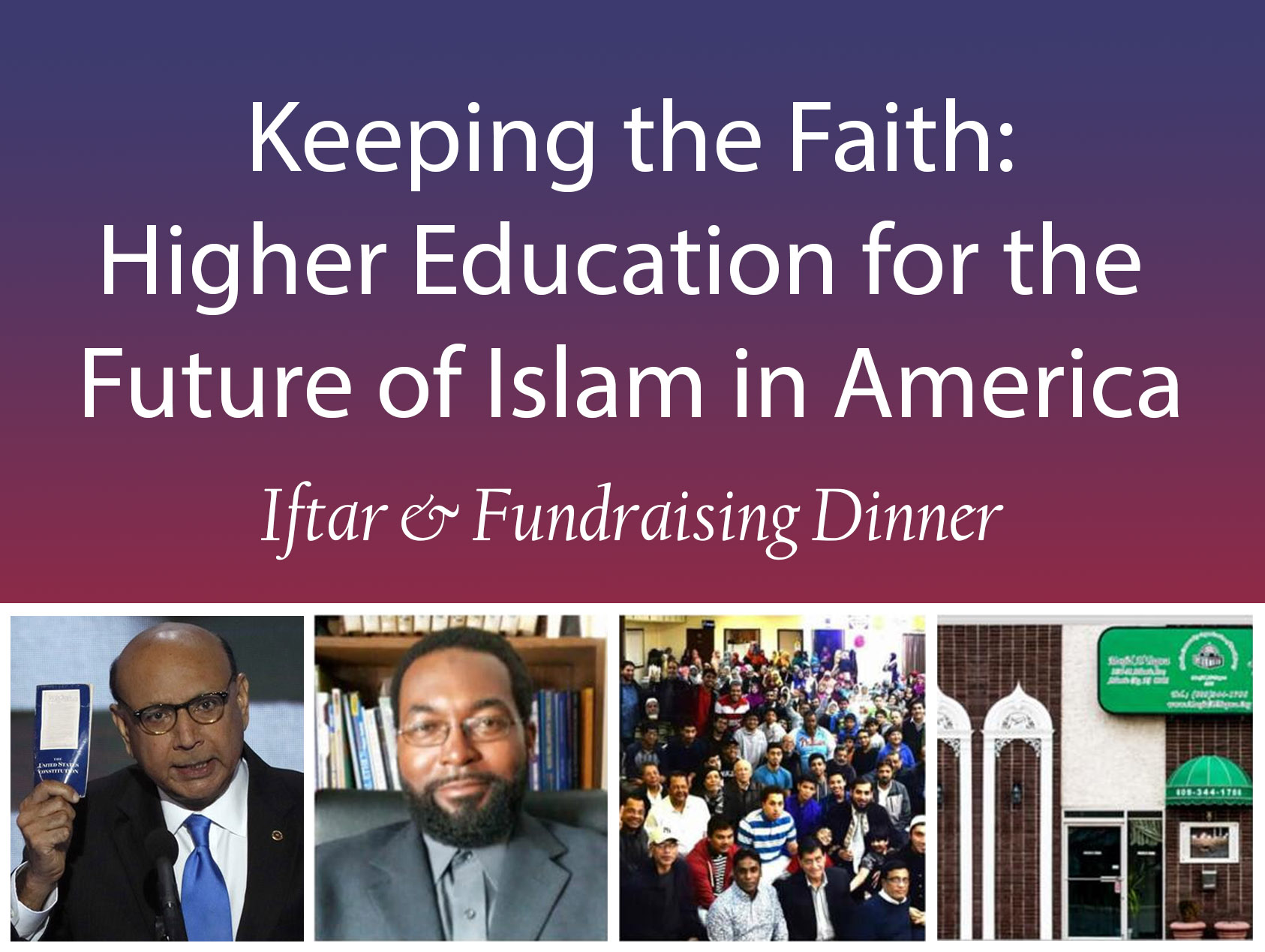 Keeping the Faith: Higher Education for the Future of Islam in America

Khizr Khan, Constitutional Rights Advocate, Gold Star parent, and Muslim American patriot was born in Pakistan where he attended Punjab University and its University Law School. He was licensed to practice law in 1974. He subsequently moved to UAE and later to the United States where he graduated with an LL.M. degree from Harvard Law School in 1986.

Together with Ghazala Khan he is the proud parent of three sons including the late US Army Captain Humayun Khan, and the Khans have four grandchildren.

Imam Tariq I. El-Amin has served as the Resident Imam of Masjid Al-Taqwa, in Chicago IL since 2014, and is dedicated to addressing the concerns of underserved communities within the Chicagoland area through service, activism, and education, paying special attention to youth development.

In the past, Tariq has served as an appointee to former Illinois Governor Pat Quinn’s Muslim Advisory Council, and is the past Convener of the Chicagoland Shura Council (the gathering of masaajid and organizations in the community of Imam Warith Deen Mohammed). He also is a board member of The Abolition Institute, and Determined To Be Upright. He is also the Founder and Executive Director of Bridging The Gap, Inc, a nonprofit organization which provides educational, service, and developmental programming.

When he’s not engaged in community work, Tariq enjoys spending time with his wife of 17 years, and their three teenage daughters.