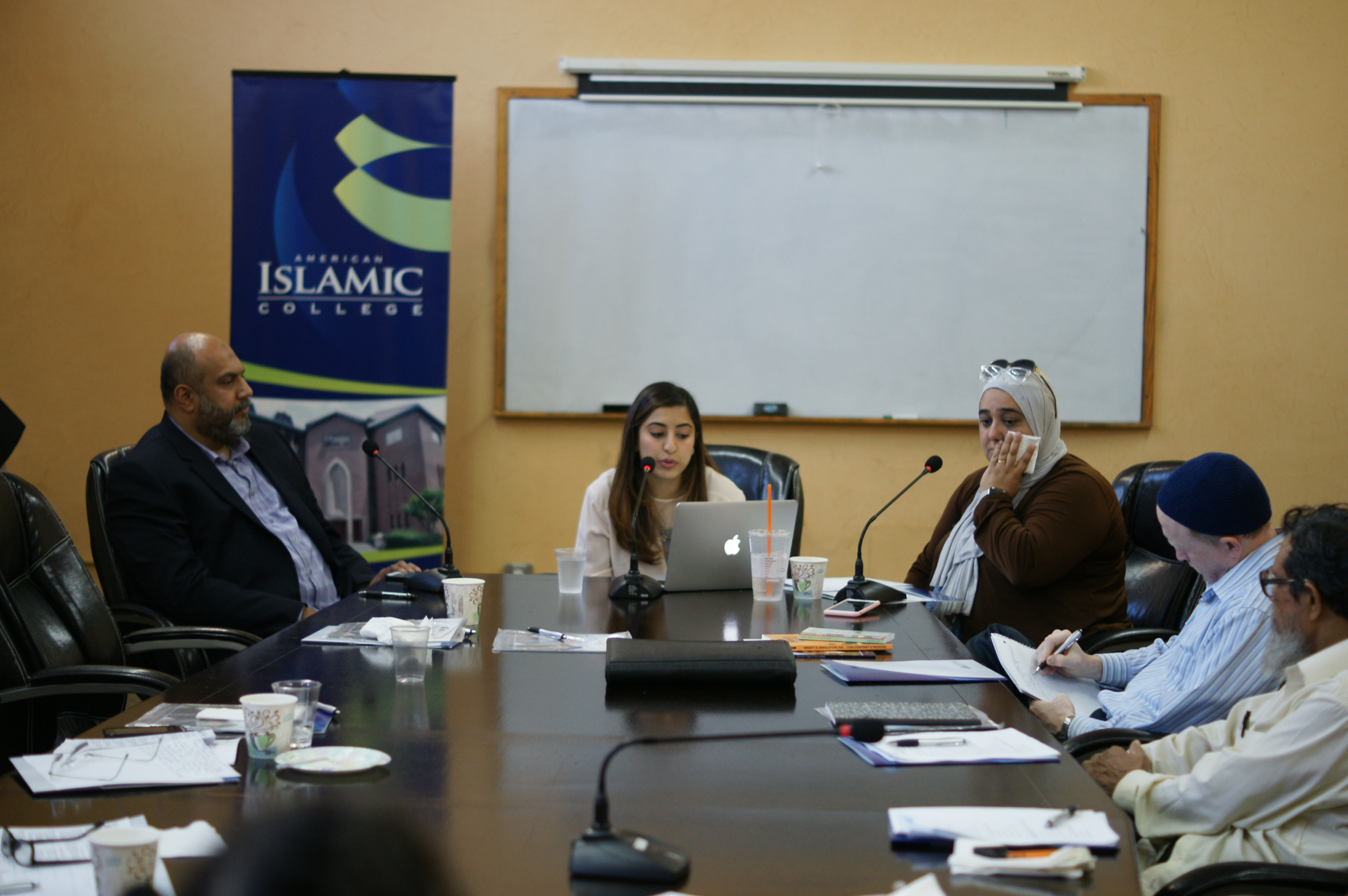 On Sunday, July 31st, American Islamic College held its First Annual Imams and Muslim Chaplains Workshop. The workshop was entitled, “Addressing the Current State of Muslim Leadership, Spiritual Care and Education in the US.” We had a dynamic group of panelists speaking on a variety of important issues, e.g. the role of a chaplain, sexual harassment, racism, violence, women’s leadership, prison chaplaincy, faith advisors in universities, etc. Poignant questions and topics were raised which ignited thoughtful discussions among the participants.

There are a number of important issues plaguing our communities in Chicago and in the US. This symposium is a gathering of Muslim chaplains and Imams to learn from each other about the pressing issues of today. The program includes panel presentations and interactive discussions. Breakfast and lunch are included.

Ahmed Rehab
Ahmed Rehab is the Executive Director of CAIR-Chicago. Rehab is a regular contributor to the Chicago Tribune and Chicago Public Radio. He has been interviewed hundreds of times by newspapers, radio, and TV venues, both national and international. Rehab lectures at various University campuses in Chicago and around the nation. Rehab is the founder of MyJihad Inc., a global PR and outreach campaign that seeks to take back Islam from Muslim and Anti-Muslims extremists alike. He is also the founder of theChicagoMonitor.com, The Muslim Youth Leadership Symposium, and the Co-founder of the Bridge Initiative at Georgetown University. Prior to joining CAIR in August of 2004, Rehab was a freelance speaker, writer, and activist in the fields of interfaith collaboration, education, and community outreach. Rehab serves as a board member of the Illinois Coalition of Immigrant and Refugee Rights (ICIRR). He also served on IL. Governor Pat Quinn’s Muslim Advisory Council, and as vice-chairman of RegugeeONE, Illinois’ premiere refugee resettlement organization. He served as a member of the Chicago Council on Global Affairs’ (CCGA) Muslim task force, an Eisenhower fellow of the American Assembly, and is alumnus of the FBI Citizen’s Academy.

Azam Nizamuddin
Azam Nizamuddin is General Counsel and Deputy Executive Director of the North American Islamic Trust. He is also Adjunct Professor in the Department of Theology at Loyola University of Chicago where he teaches courses on Islamic thought and history. Mr. Nizamuddin is also President of Muslim Bar Association.

Omer Mozaffar
Omer is a Muslim Chaplain. He addresses theological, personal, social matters for students of all sectarian outlooks. During the school year, he also runs classes on Scripture, Student Life, and other matters.

He has received Islamic studies training both through traditional and academic sources. He has been an Adjunct Professor in the Departments of Theology and Modern Languages and Literatures. He has taught at the University of Chicago and DePaul University, among other schools. He has taught courses on the Qur’an, the Sira, the Hadith, Islamic Law, Spirituality/Purification, Islamic revivalism, Islam and Politics, Sectarianism, al-Ghazali, Rumi, Iqbal, Arabic, Film, and Comparative religions. In 2011, he was granted an “Excellence in Teaching Award in Humanities, Arts, and Sciences” through the University of Chicago’s Graham School. For over two decades he has been giving sermons and leading classes at Islamic centers all across Chicagoland. In 2009, the late film critic Roger Ebert named Omer one of his “Far Flung Correspondents.” Omer has been writing film essays for RogerEbert.com.

Tahera Ahmad
Tahera Ahmad is an associate chaplain and faculty fellow at Northwestern University. She has certification in Arabic and Ijazaat in Tajweed (The Art of Quranic recitation), she studied traditional Islamic studies at Al-Diwan/Al-Azhar in Cairo and in the Christian-Muslim Relations and Women’s Leadership Institute at Hartford Seminary. Previously she served as the Muslim Chaplain at Mt. Holyoke College, and as the Department Head of Islamic Studies at one of the largest Muslim Schools in the nation, Islamic Foundation School in Villa Park. Ahmad has served on the board of prominent Muslim organizations including the Muslim Community Center of Chicago.

Tahir Abdullah
Tahir Abdullah works within the office of Spiritual Life at the University of Chicago which is part of the university’s broad network of student services. As the Assistant Director of Spiritual Life, he encourages student involvement in organizations, programs and initiatives related to spiritual and religious life on campus. In particular, he serves as Advisor for Muslim Affairs, holding office hours, organizing educational events, and addressing the religious and other needs of the campus Muslim community. He also serves as a campus resource with regard to Islam’s social and religious history, current affairs, and interfaith partnerships.

Tariq I. El-Amin
Imam Tariq I. El-Amin, is dedicated to addressing the concerns of underserved communities within the Chicagoland area, giving special attention to youth development. Tariq is the Resident Imam of Masjid Al-Taqwa, a contributing writer for the Muslim Journal, and served as a member of former Illinois Governor Pat Quinn’s Muslim Advisory Council. He is also the past Convener of the Chicagoland Shura Council, and Director of the Society of United Neighbors (S.U.N.), and Executive Director & Founder of Bridging The Gap, Inc– a non for profit organization dedicated to community empowerment through Service, Mentoring & Education.