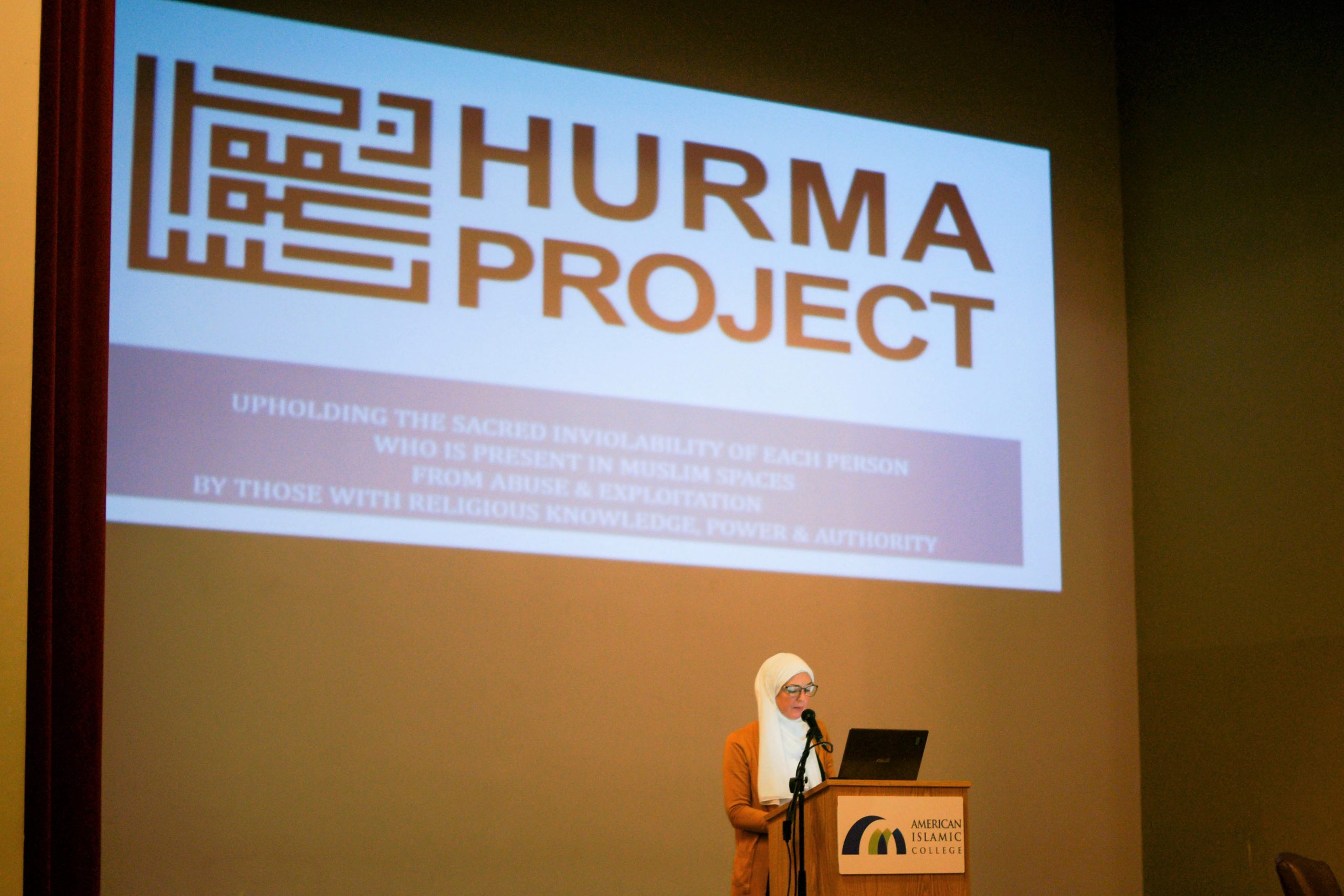 Upholding the sacred inviolability (hurma) of each person who enters Muslim spaces from exploitation & abuse by those holding religious power, knowledge and authoirty.

On January 10-11 of 2020, American Islamic College was pleased to host and co-sponsor the first in a series of research conferences on professional ethics in religious leadership under the direction of Dr. Ingrid Mattson in what is known as the Hurma Project. The Hurma Project is a timely community conversation that focuses on the “sacred inviolability” or “hurma” of each individual in religious spaces.

Over a hundred participants, which included members of the local Chicago community, religious leaders and academic researchers from around the United States and Canada came to American Islamic College to hear the plenary lecture on Friday night in the auditorium and the twelve hour conference which took place all of Saturday in the AIC dormitory conference hall. Dr. Mattson’s presentation on Friday night introduced the Hurma Project by highlighting the responsibilities of those in positions of religious leadership and the rights of the vulnerable by explicating key prophetic and judicial statements from the Islamic tradition, as well as confronting barriers that may have formed due to social and/or cultural stigmas of contemporary society.

The Saturday conference was a full day with various panels by scholars, religious leaders, students, and experts on topics such as: “Gendered Dimensions of Abuse and Recovery,” “Community Education and Advocacy,” and “Models and Practices of Accountability.” AIC Professor, Dr. Feryal Salem, who participated in the panel discussing “The Ethical Assessment of Functionally Temporary and Secretive Marriages” from the perspective of Islamic law and ethics stated, “This is an important discussion for us to have in a forum that can address ethical concerns related to religious leadership. It is even more important as part of the training of our Muslim Chaplaincy Program students seeking to become spiritual care practitioners in public institutions. It was encouraging to see so many of our chaplaincy students participating in the Hurma conference.”

Zoya Mirza who is an MDIV student in the Muslim Chaplaincy Program at AIC and currently a campus chaplain intern at Northwestern University expressed enthusiasm about having the opportunity to expand her professional networks through connecting with the many Muslim Chaplains from around the country who came for the program. She said, “There are not many female Muslim chaplains in America, and in order to be one, I met with many chaplains at the Hurma conference that further inspired me to devote myself to this field that many people are unaware of.”

Dilnaz Waraich, representative of the Waraich Family Foundation which supports the Hurma Project said, “As our community grows and becomes educated about spiritual, sexual, and financial abuse from religious leadership, this conference brought practitioners, scholars and community leaders to understand this timely topic. This gathering was the first of many educational opportunities aimed at removing stigma and cultivating greater awareness of these matters.”

The Hurma Project is “committed to upholding the sacred inviolability of each person who is present in our Muslim spaces by elucidating the special responsibilities of those holding power and authority and by educating those who are vulnerable about their God-given dignity and rights”(The Hurma Project, 2019). You can read more about The Hurma Project here.