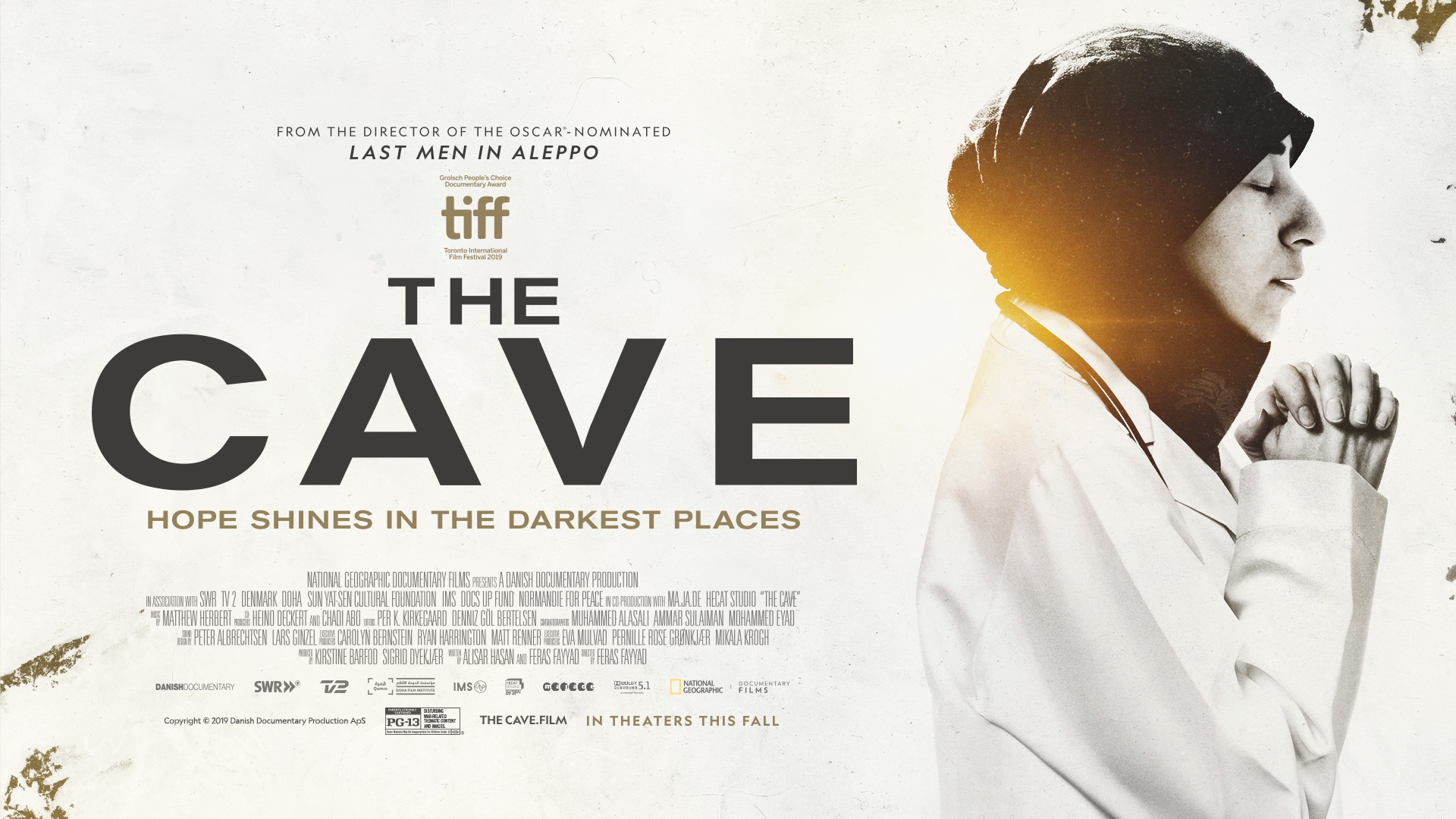 On Sunday, Feb. 23rd, American Islamic College held a Film Screening of the heart-wrenching documentary, The Cave, which follows Dr. Amani Ballour and her team into the subterranean, makeshift Syrian hospital in the heart of besieged Eastern Al Ghouta.

Dr. Nour Akhras, a dedicated physician of Syrian origins, led a robust discussion following the screening. Dr. Akhras has been involved in relief medicine since the Syrian crisis began in 2011; she’s treated Syrian refugees in Turkey and Greece and is calling for the world’s attention on Idlib and the genocide taking place in Syria. Dr. Akhras is a board member of MedGlobal, which serves communities around the world who need humanitarian and medical assistance.

A member of the audience asked what could be done. Dr. Akhras replied:,

Nour Akhras is a board-certified pediatric infectious diseases physician and mother of four young children. Akhras has been involved in relief medicine since the inception of the Syrian crisis in 2011 and have traveled to Turkey and Greece to treat Syrian refugee children. Her most recent medical mission was to war-torn Yemen in September of 2018.

MedGlobal is a young NGO that started in August of 2018. Since then, they have served over 150,000 patients in 14 countries. They are dedicated to creating a world without healthcare disparity.

​​Over the past eight years, the war in Syria has spread death, destruction and horror across the country, costing hundreds of thousands of lives and displacing millions. In besieged Eastern Al Ghouta, incessant bombardment has turned the landscape into an eerie wasteland dotted with bombed-out buildings and piles of rubble. Going outside is a life-threatening proposition, but residential neighborhoods are targeted as indiscriminately as markets, schools and other places. Hospitals, medical centers and ambulances are also fair game for the Assad government and its Russian allies.
​​

​​Safety and hope lie underground, where a brave group of doctors and nurses have established a subterranean hospital called the Cave. Under the leadership of a young female pediatrician, Dr. Amani Ballour, the Cave offers hope and healing to the sick and injured children and civilians of Eastern Al Ghouta. In a conservative patriarchal society that devalues women, Dr. Amani is frequently subject to hostility from men who refuse to see her as a capable physician. But Dr. Amani doesn’t back down, and inside the Cave, women have reclaimed their right to work as equals alongside their male counterparts. They risk their lives to save their patients and find ways to persevere in a world of cruelty, injustice and suffering. For Dr. Amani and her colleagues Samaher and Dr. Alaa, their battle is not only to survive but to maintain their dreams and hopes for their country and for women.

​​In Nathaniel Hawthorne’s short story “The Artist of the Beautiful,” the watchmaker Owen creates a beautiful mechanical butterfly as a gift for his childhood friend, Annie, now a wife and mother. She is astonished as the creature flutters forth from a carved box, exclaiming, “Beautiful! Beautiful! Is it alive? Is it alive?” When the creature alights on her finger, she turns to Owen and says, “Is it alive? Tell me if it be alive, or whether you created it.” Owen replies, “Wherefore ask who created it, so it be beautiful?” Later on, an imprudent boy cruelly destroys the insect.
​​
​​While I was filming “Last Men in Aleppo,” we kept focus on the military targeting of hospitals over a few years. Hospitals were demolished. Medics as well as patients were killed. The systematic targeting of hospitals was used as revenge, intimidation and a method to create chaos and force citizens to flee. No international countermeasures were introduced to stop these barbaric and vengeful attacks.
​​

​​It became impossible for the health sector to exist on the surface, so hospitals were built underground. I was able to visit a number of them, and it was astonishing to witness the human ingenuity at work. These hospitals became the only hope for people to survive and receive treatment. And they provided a place where men and women could work together. In fact, these limited underground spaces might be the only places where women can work.
​​
​​In the Cave, I witnessed how these female doctors and nurses are fighting to reclaim their rights in these subterranean hospitals. They stand up for themselves, which is something they couldn’t do aboveground in the patriarchal culture surrounding them. These women are truly an inspiration to me, and I believe with this film they will inspire the world as well — contributing to breaking the silence of the outside world. If the silence toward the brutality isn’t broken and if no measures are taken against war crimes, then there is a problem in man’s universal claim to possess the rights of freedom, law and justice.
​​
​​The current time in history is frightening because people are keener to glorify power. Like Hawthorne’s “The Artist of the Beautiful,” I wanted this film to be poetic — a film that helps us to look into the darkest corners of our souls and to inspire us to search for the light.
​​
​​— Feras Fayyad