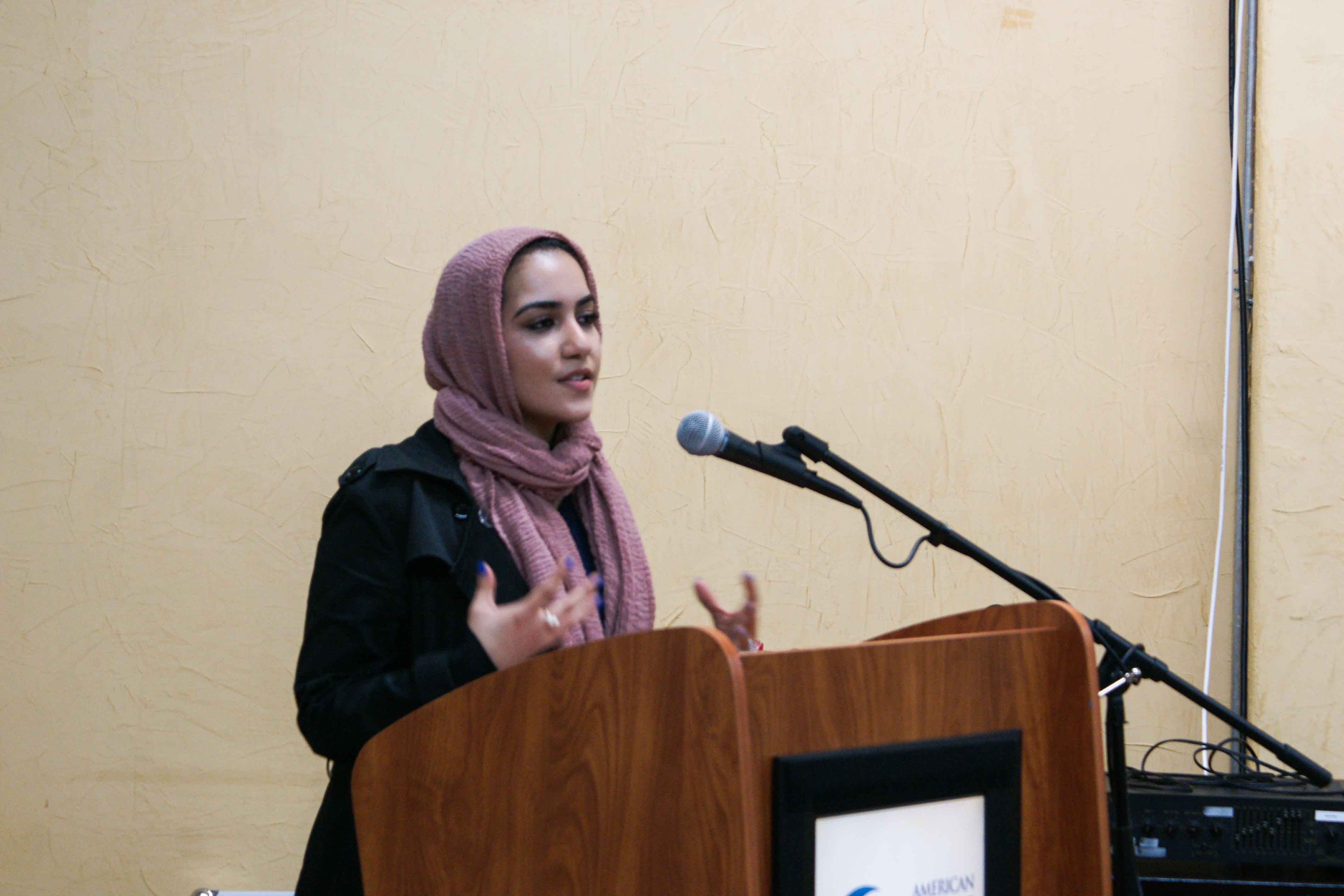 Using artistic expression to pave your own path as a creative and fighting against your fears to pursue your passion. Irum Ibrahim will be discussing the inspiration behind writing her book and how the idea was sparked, along with the importance of art/writing as a form of therapy and artistic expression. She will also be reading 1-2 pieces from her book followed by Q&A/discussion. Books will be available for purchase.

Born in Rawalpindi, Pakistan, and now living in the outskirts of Detroit, MI — Irum is a Muslim-American Pakistani whose passion for storytelling is rooted in a desire to raise awareness of societal and cultural injustices [in light of combatting them]. She does this through writing, photography, and sometimes, documentary work. Most recently, Irum published her debut book, Nothing to Summit — a collection of essays focused on climbing this mountain that we call life. It’s a book about gaining strength, fighting against one’s fears, falling, regaining hope, and ultimately finding inner peace before the cycle/climb begins again.

Multi-talented artist Ricky Babar combines his identity as a Muslim American Pakistani and his experiences with his passion for music — to motivate, inspire, and give confidence to his listeners.

Born in Lansing, Michigan and raised in Metro Detroit, Babar knew from an early age that he was destined to create a name for himself in the hip hop scene. He first began rapping and free styling at the age of 16, developing his flow and technique through influences like Lil Wayne and Drake.

In the 2010, Babar released his first mixtape, “Just Let Me”, and began to gain recognition and performance deals. He then released music videos and gained hundreds of thousands of views through YouTube and Facebook. Releasing two more mixtapes over the course of two years, “November” and “OCD: Opening Closed Doors” respectively, Babar began performing at a variety of local venues. In 2013, he started working alongside Takeover Music Group (TOMG) with MTV artists like Trigg da Kidd and Fuco Bunkin, who toured with Grammy nominated rapper 2 Chainz.

After experiencing the hip hop scene in all of its glory, Babar had a spiritual awakening. No longer interested in a world rampant of negativity, he began to embrace a more positive lifestyle. He took a hiatus from music all together in 2014, and made a pilgrimage to the Holy City of Mecca. After taking a year off and giving himself more space to think, Babar evolved musically and began to change his outlook on his talent, further incorporating more of his culture and religion to reach audiences worldwide. In September 2015, Babar released “Bear Witness”, which included well-responded to singles like “Kalimah” and “6 A.M”. He also began performing at several events all across the nation, including UC San Diego’s Students for Justice in Palestine Rally and the annual ISNA Convention in Chicago. He has performed for crowds with over 1,000 people, and has earned himself fans and supporters from all over the world, accumulating a social media following of over 15,000. He also released two albums consecutively in 2017 and 2018 — “Punjabi” and “Empty Promises.”

Now, more musically and lyrically talented as ever, Babar is ready to dominate the rap and hip hop scene.